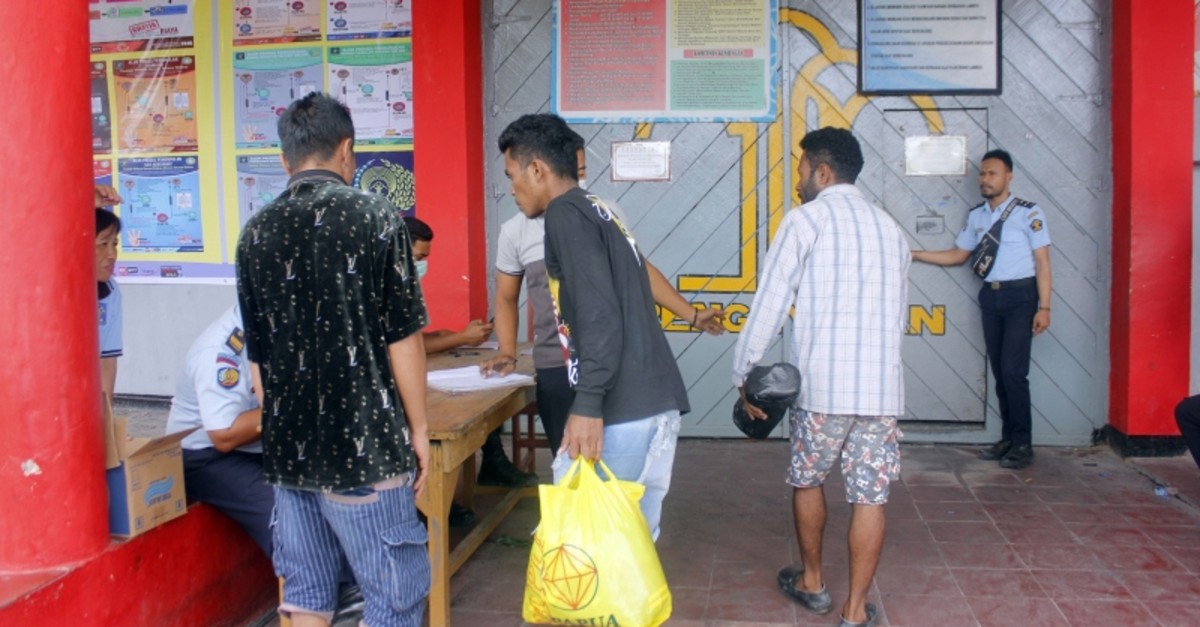 This picture taken on August 21, 2019 shows convicts returning to prison to complete their sentences in Sorong, West Papua, after parts of the prison complex was set ablaze by protesters during violent demonstrations. (AFP Photo)
by Aug 23, 2019 3:49 pm

More than 270 inmates — including convicted murderers — who bolted from a prison torched during violent riots in Indonesia's Papua region have returned to finish their sentences, a corrections official said Friday.

The convicts are even helping build a temporary office for their jailers, he added, after parts of the building in Sorong city went up in flames this week.

About half the prison's 500 inmates fled Monday as protesters outside set the jail and other buildings ablaze.

"But they weren't trying to escape -- they just wanted to save themselves from the fire," prison spokesman Elly Yuzar said Friday.

"They also worried about their families... Even convicted murderers have come back voluntarily," he added, without elaborating.

The riots and demonstrations in the restive region were triggered by the weekend arrest of dozens of Papuan students in Indonesia's second-biggest city Surabaya, where they were also targeted with racial abuse.

In Sorong, search teams had fanned out across the city of some 220,000 in a bid to find the escaped prisoners or contact their families, Yuzar said, adding that a dozen were still on the run.

But why would anyone return to prison in a country with notoriously overcrowded and unsanitary jails?

"We've always treated them well and they knew that running away was not a solution -- it would only make things worse," Yuzar replied.

"I really appreciate their willingness to come back to prison."