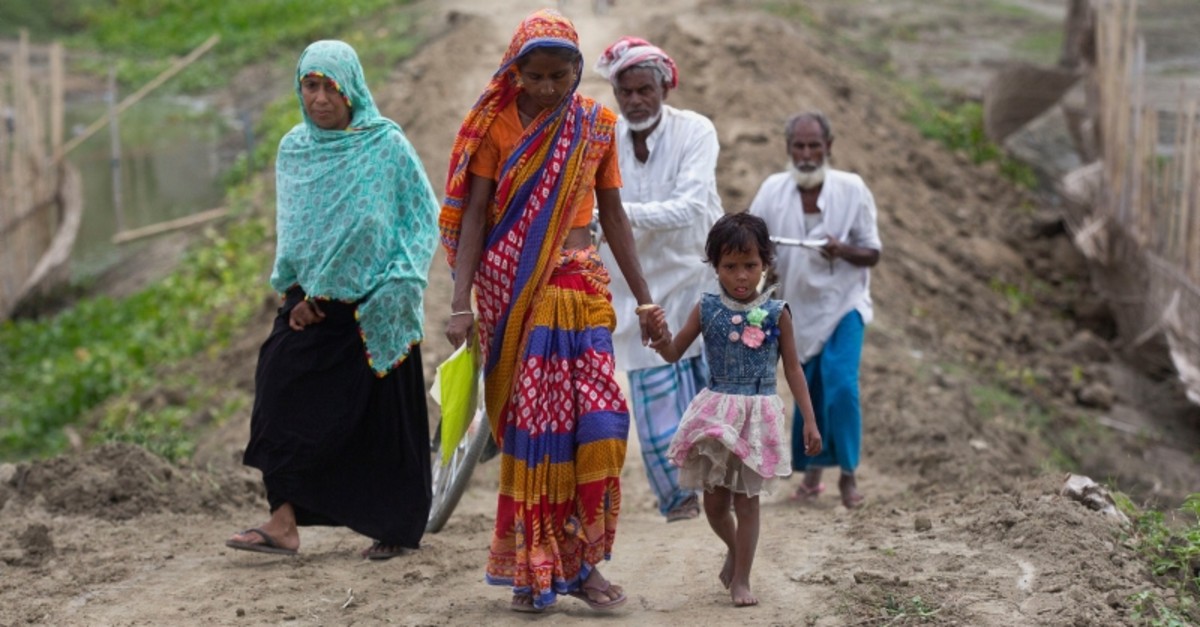 Villagers walk towards a National Register of Citizens (NRC) center to check their names on the final list in Pabhokati village in Morigaon district, in the northeastern Indian state of Assam, Saturday, Aug. 31, 2019. (AP Photo)
by Compiled from Wire Services Sep 01, 2019 12:18 pm

A controversial citizenship list in northeast India that has left almost two million people facing statelessness has been slammed by its political backers as those excluded from it face an uncertain future.

Prime Minister Narendra Modi's Hindu-nationalist Bharatiya Janata Party, which runs Assam state where the National Register of Citizens (NRC) was collated, pushed for the list saying it was necessary to detect "foreign infiltrators."

Critics said the NRC process reflected the BJP's goal to serve Hindus, with a large chunk of those excluded expected to be Muslims.

But the strategy appears to have backfired with local BJP leaders claiming that many Bengali-speaking Hindus, a key vote bank for the party, were left off the list.

"We do not trust this NRC. We are very unhappy," Ranjeet Kumar Dass, BJP party president in Assam told the Press Trust of India late Saturday.

"Many people with forged certificates were included," Dass said, while 200,000 "genuine Indians" were left out.

Those left off have 120 days to appeal at special Foreigners Tribunals.

"If we see that FTs are delivering adverse judgments on the appeals by genuine Indian citizens... we will bring in legislation and make an act to protect them," Dass added.

A leader of the main opposition Congress Adhir Ranjan Chowdhury said his party would support those who were wrongly excluded, including providing them with legal aid.

Meanwhile, the top U.N. refugee official has urged India to ensure that no one is left stateless by the exclusion from the citizenship list in Assam state.

Filippo Grandi, the U.N. high commissioner for refugees, voiced his concern in a statement issued Sunday in Geneva. He said that "any process that could leave large numbers of people without a nationality would be an enormous blow to global efforts to eradicate statelessness."

He urged India to ensure no one ends up stateless, "including by ensuring adequate access to information, legal aid, and legal recourse in accordance with the highest standards of due process."

About 31.1 million people were included on the list, according to a statement Saturday from Assam's government, leaving out 1.9 million.

Assam has long seen large influxes from elsewhere, including under British colonial rule and around Bangladesh's 1971 war of independence when millions fled into India.

Under the NRC, only those who could demonstrate they or their forebears were in India before 1971 could be included in the list.

The NRC, which comes in the wake of New Delhi revoking the autonomy of Kashmir, India's only Muslim-majority state, has reinforced fears among India's 170 million Muslim minority that they are being singled out by the central government.