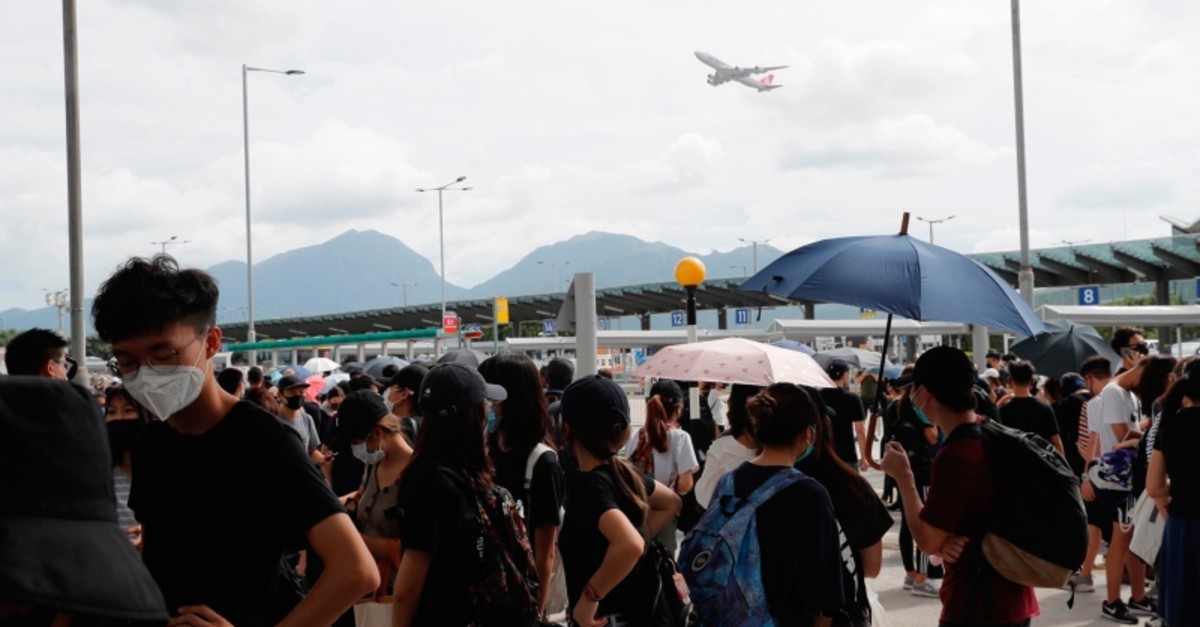 Hundreds of Hong Kong pro-democracy activists blocked some routes to the city's airport Sunday following a day of violent clashes with police.

The operator of the express train to the Hong Kong International Airport said it has suspended service, adding that trains from the airport on Chek Lap Kok island into the city still are running.

Flights had so far not been disrupted, and riot police were deployed inside the terminals.

The airport is covered by an injunction banning protesters from entering — imposed after a shutdown in August which ended in ugly clashes. But protesters have routinely ignored legal moves to bans their rallies and actions — since the anti-government movement sprang to life three months ago.

Airport authorities read out the injunction over a loudspeaker but failed to deter protesters, who began to build their own barricades. Police earlier removed half a dozen protesters who managed to sneak into the main terminal despite security checks.

The calls to disrupt airport travel came after a day of clashes in which protesters threw gasoline bombs at government headquarters and police hit subway passengers with clubs and pepper spray.

Also Sunday, about 200 people gathered at the British Consulate.

The monthslong protests were sparked by an attempt by Hong Kong's Beijing-backed government to pass a now-shelved extradition bill, but have expanded into a wider pro-democracy push.