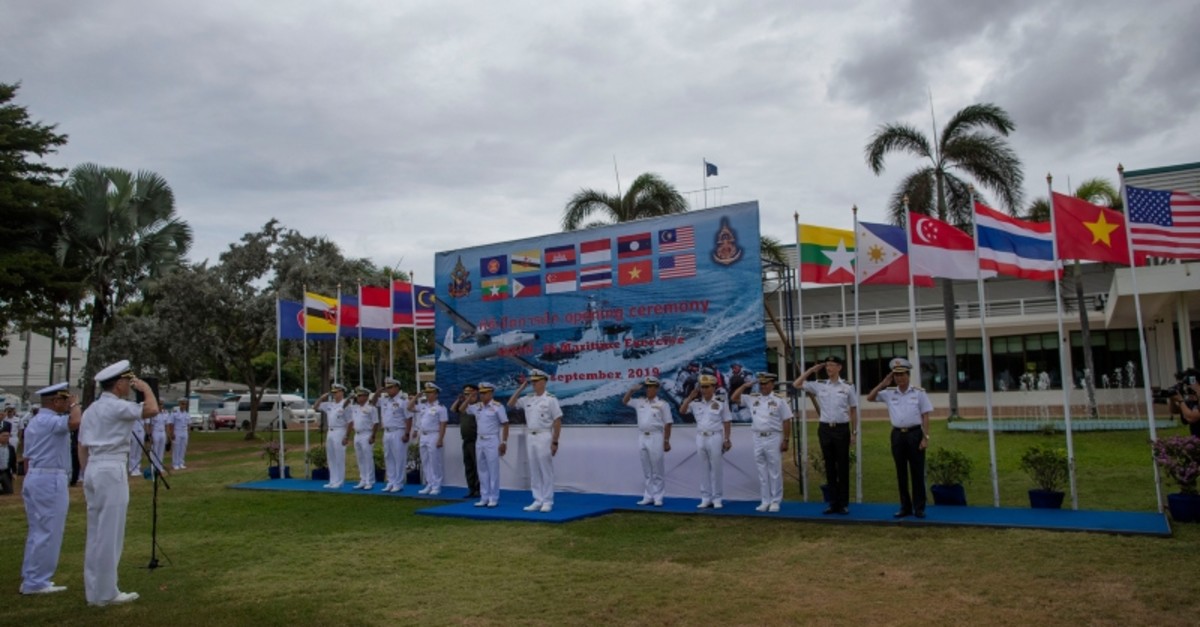 The United States and 10 Southeast Asian countries kicked off maritime drills Monday, as part of a joint exercise extending into the flashpoint South China Sea with eight warships, four aircraft and more than a thousand personnel.

The first ASEAN-U.S. Maritime Exercise (AUMX) between the regional bloc and the U.S. will last for five days, starting at the Sattahip Naval Base in Thailand and ending in Singapore.

The drills come at a time of stepped-up U.S. engagement in the region and tensions between Beijing and Southeast Asian nations over the South China Sea, parts of which are claimed by ASEAN members Brunei, Malaysia, Vietnam and the Philippines.

Co-led by the U.S. and Royal Thai navies, the exercises will stretch into "international waters in Southeast Asia, including the Gulf of Thailand and South China Sea" before concluding in Singapore, according to a statement from the U.S. embassy in Bangkok.

The joint drills have come under criticism for looping in Myanmar's navy in a rare show of inclusion despite Washington imposing sanctions on the nation's top army brass over the Rohingya crisis.

All ten members of the Association of Southeast Asian Nations will take part in the exercises, which include the boarding of target vessels to simulate search and seizure.

They are unfolding as a Chinese survey ship remains in waters claimed by Vietnam, prompting the Pentagon last week to accuse Beijing of efforts to "violate the rules-based international order throughout the Indo-Pacific."

China claims the majority of the South China Sea, often invoking its so-called nine-dash line as a supposed historical justification to the waters, which are a key global shipping route.

On a trip to Thailand last month, U.S. Secretary of State Mike Pompeo urged Southeast Asian nations to push back against Chinese "coercion" in the sea.

But in comments to students during a visit to the Cambodian capital Monday, Malaysian leader Mahathir Mohamad said China had a right to feel "threatened" by exercises in the region, calling the drills provocative and a waste of money even as his country takes part in them.

"Now if China were to have naval exercises off New York," he said to applause, "then I think the New Yorkers might not feel so comfortable."