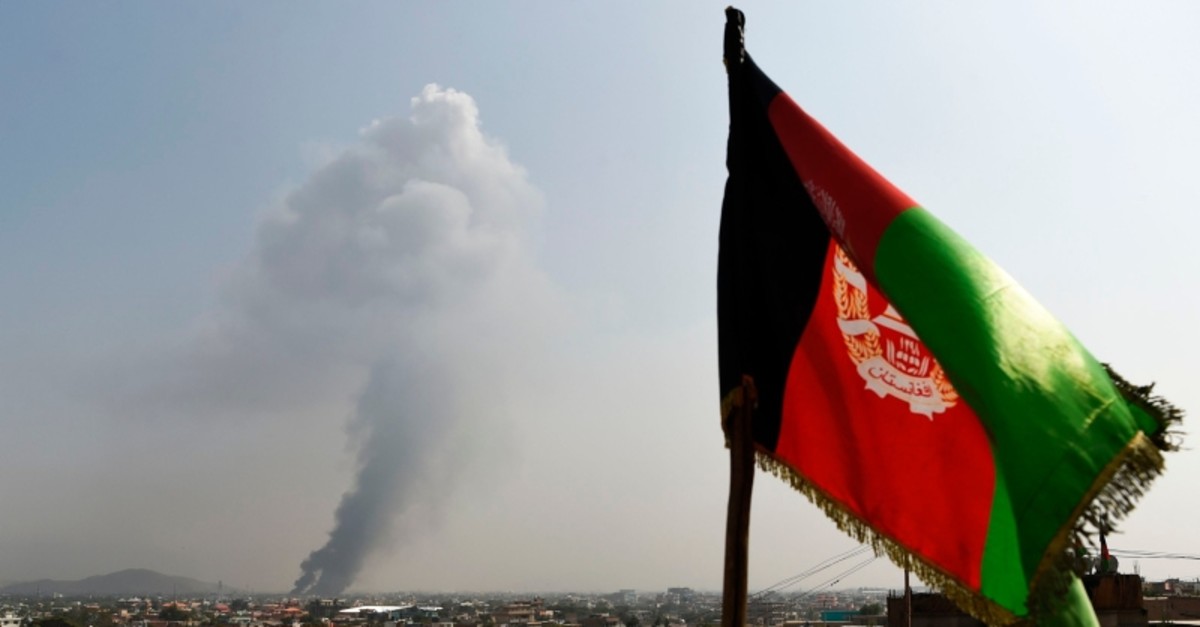 Afghanistan's government on Wednesday expressed new concerns about a deal that a U.S. envoy says has been reached "in principle" with the Taliban on ending America's longest war, asking for clarifications about the agreement and its risks in order to avoid "unpleasant consequences."

The former ambassadors' joint statement on Tuesday warned that a full U.S. troop withdrawal that moves too quickly and without requiring the Taliban to meet certain conditions, such as reducing violence, could lead to "total civil war."

"Some of the details of the US-TB agreement need serious debate and revision," Afghan presidential adviser Waheed Omer said on Twitter, without elaborating.

U.S. envoy Zalmay Khalilzad showed the draft of the U.S.-Taliban deal to Afghan President Ashraf Ghani earlier this week, saying it only needs President Donald Trump's approval. Khalilzad's ninth round of talks with the militant group in Qatar ended over the weekend.

Khalilzad also revealed that 5,000 U.S. troops would withdraw from five bases in Afghanistan within 135 days of a final deal on ending nearly 18 years of fighting. Between 14,000 and 13,000 troops are currently in the country.

The Taliban, at their strongest since their 2001 defeat by a U.S.-led invasion, want all of the approximately 20,000 U.S. and NATO troops out of Afghanistan immediately, while the U.S. seeks a withdrawal in phases that would depend on the Taliban meeting certain conditions such as a reduction in violence.

The U.S. also seeks Taliban guarantees that they will not allow Afghanistan to become a haven from which extremist groups such as al-Qaida and the local affiliate of the Daesh terror group can launch global attacks.

With few details of the deal made public and the Taliban continuing to carry out deadly attacks on civilians such as Monday's night's suicide bombing in Kabul, doubts are growing that the militant group will respect any agreement, especially as U.S. troops leave. Trump's eagerness to pull out troops has hurt the U.S. negotiating position, some analysts have said.

The former U.S. ambassadors to Afghanistan warned that "it is not clear whether peace is possible," saying the Taliban have "made it clear that the war will go on against the Afghan government." Moving too quickly to pull out troops could further embolden the Taliban to avoid making compromises in the intra-Afghan talks with the government and others meant to follow a deal with the U.S., they said.

The ensuing chaos could give al-Qaida and the local Daesh affiliate space to grow, the former envoys said: "All of this could prove catastrophic for U.S. national security."

Afghanistan was the world's deadliest conflict in 2018 and civilians have suffered.

In new violence, an Afghan official said at least four members of the security forces were killed in a Taliban attack on a district headquarters in southern Uruzgan province.

He said the bombing was followed by an intense gunbattle.

"The government of Afghanistan supports any progress in the peace process that results in genuine and sustainable peace and end of violence in the country," the new Afghan statement said, but it sought clarifications "so that we can thoroughly assess potential threats and prevent them."