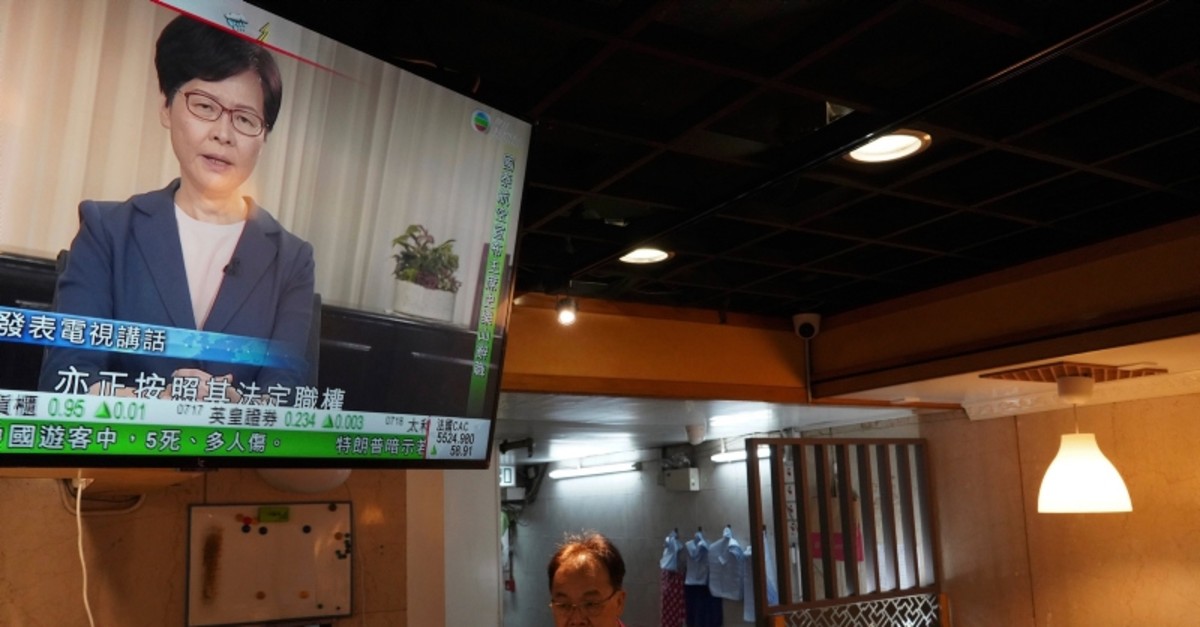 Hong Kong Chief Executive Carrie Lam announced Wednesday the government will formally withdraw an extradition bill that has sparked months of demonstrations in the city, bowing to one of the protesters' demands.

The bill would have allowed Hong Kong residents to be sent to mainland China for trials. Millions of people have taken to Hong Kong's streets since June in the biggest challenge to China's rule of semi-autonomous Hong Kong since its handover from the British in 1997.

But Lam said in a pre-recorded television message on Wednesday that the government would not accept other demands, including an independent inquiry into alleged police misconduct against protesters. However, she named two new members to a police watchdog agency investigating the matter.

Protesters have also called for the release of those detained without charges, but Lam said this was unacceptable.

Another demand was for Hong Kongers to be able to directly elect their leaders — a major red line for Beijing.

But those hopes were quickly tempered, with pro-democracy activists voicing anger and determination to press on with their broader democracy campaign.

"Too little, too late," said Joshua Wong, a prominent activist who was arrested late last week as part of a police swoop of leading pro-democracy figures.

"We urge the world too to (be) alert this tactic and not to be deceived by HK and Beijing Govt. They have conceded nothing in fact, and a full-scale clampdown is on the way."