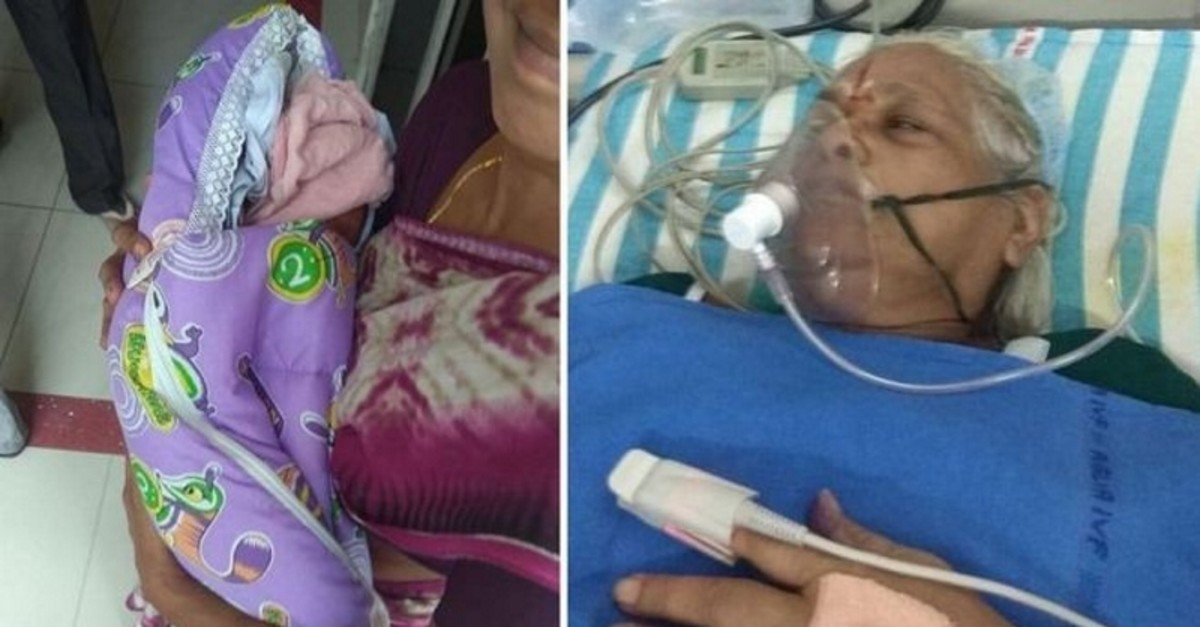 An Indian woman who says she is 73-years-old has given birth to twin girls, doctors said Friday. If the claim is true, she would be the oldest mother in the world.

Erramatti Mangayamma was able to conceive after undergoing in-vitro fertilization (IVF) and delivered the twins via caesarean section in Guntur in the state of Andhra Pradesh on Thursday.

Umashankar Sanakkayala, who headed the team of 10 doctors, said Mangayamma was married to 80-year-old Sitharama Rajarao for 57 years but had been unable to become pregnant.

"It a medical miracle — an achievement of modern medicine. Also, IVF doesn't entirely depend on science alone, god's grace is important too," he said by telephone, adding the mother and babies were doing well.

"We checked her school certificate, which is authentic and mentions her date of birth as July 1, 1946."

As of now, a Spaniard holds the record for being the oldest confirmed person to give birth in 2006 at the age of 66, according to the Guinness World Records.

"I am very happy. God has answered our prayers," Mangayamma told reporters after the delivery, according to the IANS news agency.

Local reports said that Mangayamma considered IVF after her neighbor gave birth at the age of 55.

Doctor Sanakkayala said they went ahead with the process after conducting various tests and finding she was fit to become pregnant.

She conceived in the first cycle of the IVF procedure and doctors monitored her health parameters, nutrition and heart closely.