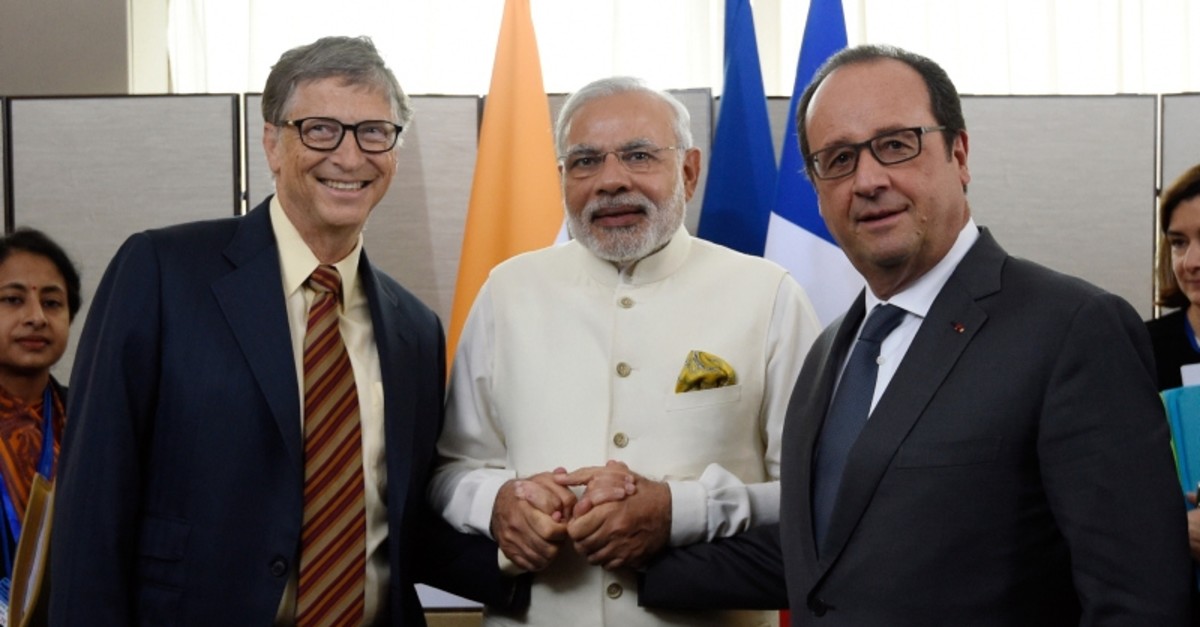 The Bill & Melinda Gates Foundation's decision to give one of its Global Goals Award to Indian Prime Minister Narenda Modi has sparked growing outcry over the leader's long record of human rights abuses against minorities.

Modi is being recognized for his Swachh Bharat Mission (Clean India Mission), a sanitation initiative that improved access to toilets for millions of rural Indians. An Indian government minister announced the award earlier this month on Twitter but it has not yet been made public.

Activists are asking the Foundation to withhold the award due to the Indian prime minister's record of inciting violence against minorities, eroding human rights and silencing dissent, in addition to fostering a humanitarian crisis is Kashmir.

Modi's Hindu nationalist-led government presented an order in Parliament on Aug. 5 revoking the autonomy of India's only Muslim-majority state. It has imposed tighter controls on India's side of Kashmir, including limiting internet access, mobile and landline phones and cable TV in the disputed region home to 12.5 million people.

On Monday, a dozen people, some wearing "Free Kashmir" T-shirts, with the Justice For All coalition delivered 100,000 petition signatures to the Gates Foundation's Seattle headquarters, asking the world's largest private nonprofit not to honor Modi. Signatories of the letter include the Council on American-Islamic Relations, the Islamic Society of North America and Sisters of Mercy of the Holy Cross USA Province.

The petition insists it is "inconsistent to give a humanitarian award to a man whose nickname is the 'Butcher of Gujarat'" – referring to the massacre of more than 1,000 people during anti-Muslim riots in 2002. Modi was chief minister of Gujarat at the time and was widely held responsible for the atrocity.

Protesters also cited the Modi administration's revocation of 1.9 million Bengali-speaking Muslims' citizenship in Assam state and its support for a bill paving the way for citizenship for Hindu, Buddhist and Christian immigrants but not Muslims.

"Since Mr. Modi was elected as Prime Minister in 2014, there has been a 400% increase in hate crime violence against Muslims, Christians, Sikhs, and Dalits," the letter states, noting that Bharatiya Janata Party (BJP) leaders have failed to condemn Hindu nationalists' lynchings and violence toward Muslims and other religious minorities.

Human rights activists Suchitra Vijayan and Arjun Singh Sethi wrote in an op-ed in The Washington Post that awarding Modi "would legitimize his policies and embolden the ethnonationalist forces he has championed."

"If the Gates Foundation really wants to amplify sanitation efforts in India, it should give the award to community workers instead of a far-right nationalist," they wrote.

The Gates Foundation in a statement said it respects the petitioners' views, but Modi will receive its annual Goalkeepers Global Goals Award for providing 500 million people in India safer sanitation.

"We work on the specific issues where we believe we can have the greatest impact for the world's poorest," the Gates Foundation statement said.

The Gates Foundation's annual event focusing on global inequality on Sept. 24 and 25 coincides with the U.N. General Assembly gathering and has drawn big-name politicians and celebrities, from Barack Obama to Ed Sheeran.

However, the Gates Foundation confirmed actors Jameela Jamil and Riz Ahmed have dropped out of their event. Jamil, who stars on the U.S. sitcom "The Good Place" hinted at the geopolitical tensions but declined to say specifics in a post on Twitter.

Modi will be in the U.S. next week to receive the foundation's award.

The prime minister will also attend a rally with President Donald Trump in Houston.

The White House said Trump will use the "Howdy, Modi! Shared Dreams, Bright Futures" event to "emphasize the strong ties between the people of the United States and India" and reaffirm the two countries' strategic partnership.