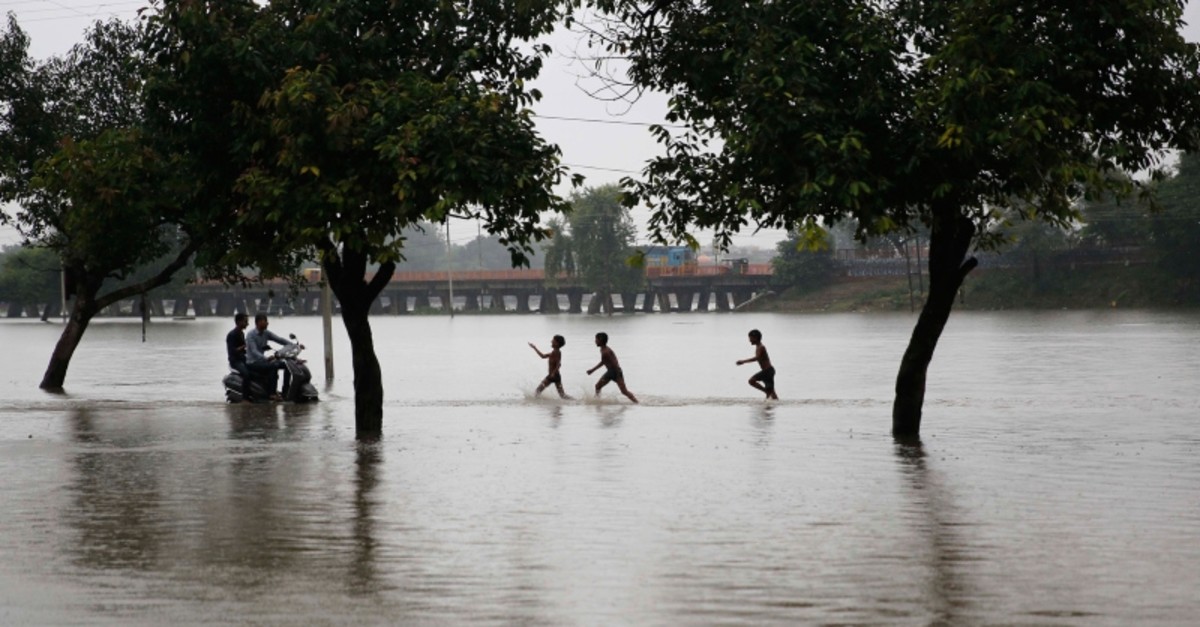 The death toll due to torrential rains in northern India reached 120 on Sunday, with over 50 deaths reported in the past 24 hours alone, officials said.

Three days of downpour left almost 80% of Uttar Pradesh localities flooded, including hospitals and schools. The rain felled trees and electricity poles, and brought down roofs and temporary structures.

Officials at Uttar Pradesh's Disaster Management Department said that 49 more people were killed in rain-related accidents, in addition to the 64 deaths reported since Thursday.

"The situation is grim in the eastern districts, with no let-up in the rains. The deaths were due to incidents of house collapses, lightning, drowning and snake bites," said Ashutosh, an official who uses only one name, by phone.

Schools were shut on Saturday as the downpour caused disruptions in the state capital, Lucknow, and several towns, including Amethi and Hardoi.

J.P. Gupta, director of the state Meteorological Department, said the rain is expected to ebb after Monday.

The Press Trust of India news agency said the western state of Maharashtra also was hit by heavy rain and nearly 3,000 people were moved to higher ground due to flooding in low-lying areas of Pune city and neighboring areas.

Turkey on Sunday expressed its condolences to India for the many lives lost in the recent floods.

"We are saddened to receive the news that over 110 people lost their lives as a result of the flood disaster in many areas of India, particularly in Uttar Pradesh State," said a Foreign Ministry statement.

"We extend our sincere condolences to the people and government of India as well as to the relatives of those who lost their lives," it added.

India's monsoon season between June and early October often sees heavy rains that cause death and destruction. More than 1,600 people died in rain-related incidents between June and Sept. 24, according to the Home Ministry.