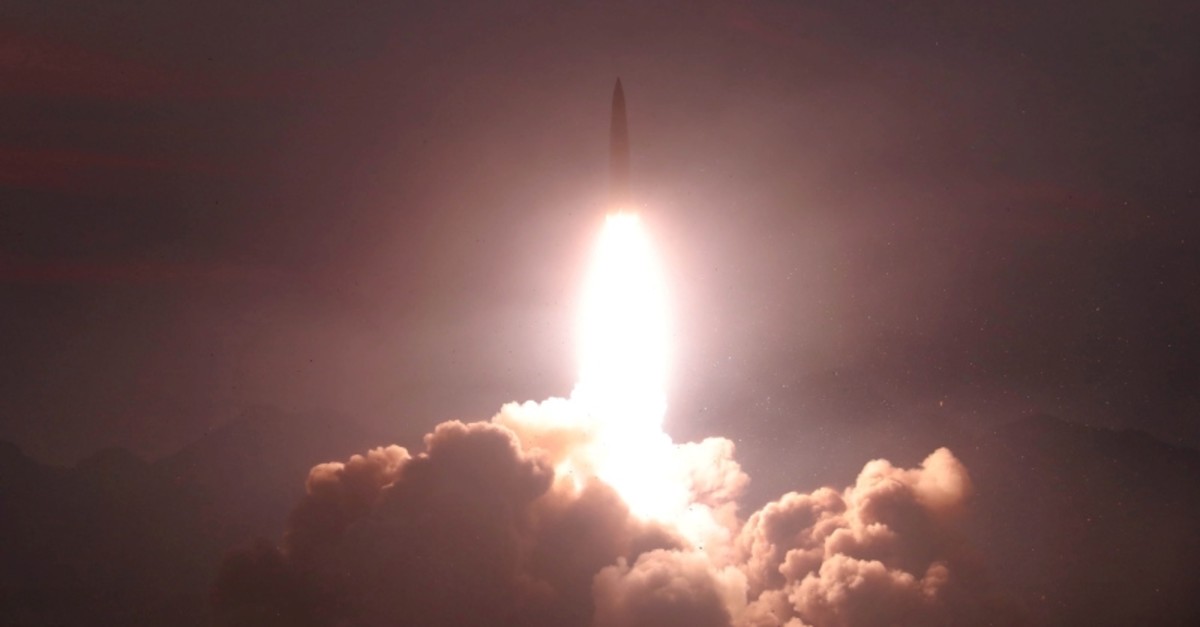 A missile lifts off during testing at an unidentified location in North Korea, in this undated image provided by KCNA on August 7, 2019. (File photo by KCNA / Reuters)
by Compiled from Wire Services Oct 02, 2019 1:57 am

South Korea's JCS said that North Korea fired an unidentified projectile on Wednesday morning from around Wonsan, Kangwon province toward the sea to the east, Yonhap reported.

A JCS spokesman could not be immediately reached.