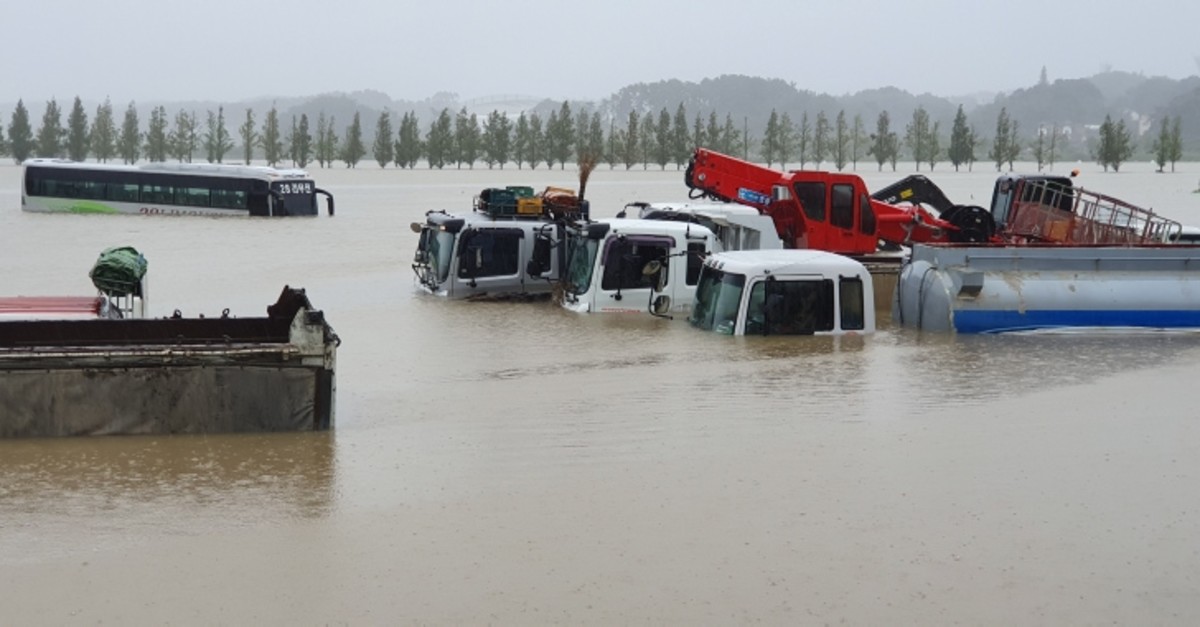 Typhoon Mitag brought strong winds and heavy rainfall to the southern part of the country on Wednesday and Thursday.

The interior ministry says the nine dead included six people who were buried by landslides. It says seven people were injured in typhoon-related incidents.

A woman in her 70s died after she was swept away by strong winds in the southeastern city of Pohang while another woman was killed after heavy rain caused her house to collapse as she slept, the Ministry of the Interior and Safety said.

A ministry report says the storm knocked out power to 48,670 homes and flooded hundreds of homes and other buildings.

South Korea's weather agency says the storm dissipated around noon Thursday in the waters off the east coast.