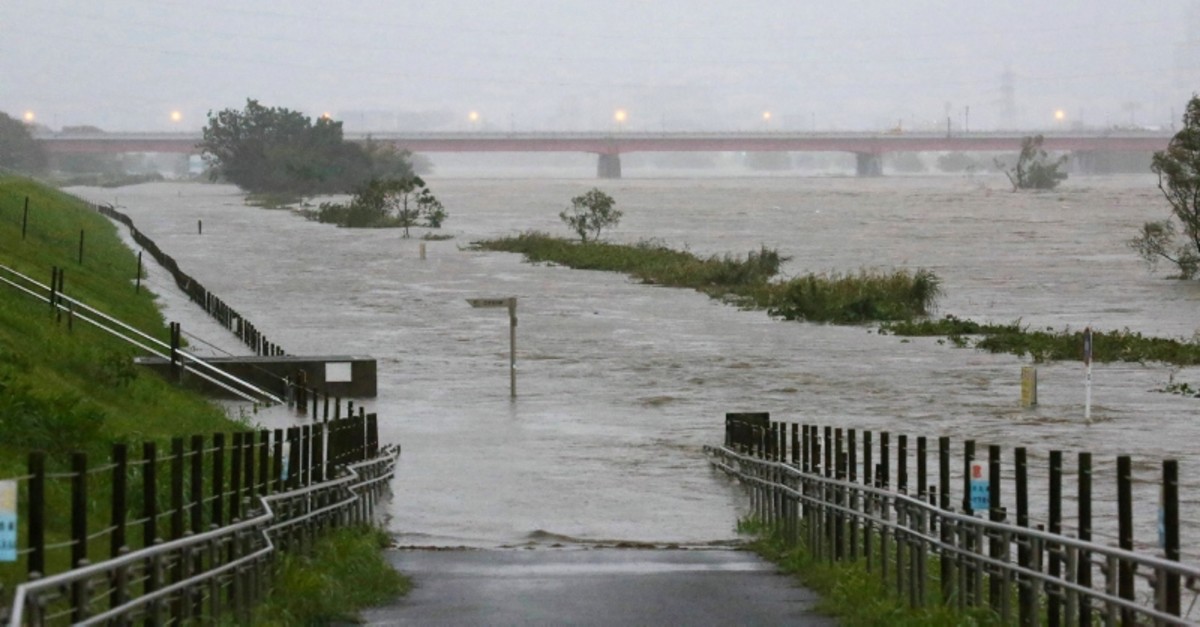 One person was found dead in an overturned vehicle in the city of Ichihara, east of Tokyo, and eight others were injured when a tornado touched down in the area early Saturday, destroying 12 houses and causing damage to 89 others, the Kyodo News agency reported, citing local officials.

One person died and two people were unaccounted for in the city of Tomioka, about 120 kilometers north-west of Tokyo, after a landslide hit four houses there, broadcaster NHK reported. Six residents were rescued, the report said.

In the central city of Gotemba, one person was missing after he was swept away in a drain, Kyodo said.

More than 1.6 million people were ordered to evacuate their homes in eastern and central Japan, including 910,000 in the city of Kawasaki, NHK reported, as the storm brought heavy rains and powerful winds, inundating residential areas in the regions.

Meteorologists issued an emergency rain warning to a total of 12 prefectures, including Tokyo and Shizuoka, as they warned of mudslides, flooding and swollen rivers.

At a news conference, Yasushi Kajihara, who heads the forecast division at the Meteorological Agency, warned of "rainfall of the kind that you have never experienced before" in those prefectures.

Tokyo Governor Yuriko Koike urged residents to "protect your life" as an "unprecedented typhoon" was coming to the capital, she told a news conference.

Since Thursday, Hakone Town, west of Tokyo, had received more than 900 millimeters of rain and the city of Izu more than 700 millimeters, Kyodo reported.

About 278,000 households lost electricity in the Kanto region and Shizuoka prefecture, according to Tokyo Electric Power.

The storm caused more than 1,660 flights to be canceled, according to broadcaster NHK, while many train services, including high-speed bullet train services, were halted, operators said.

In Tokyo, major department stores, many restaurants and supermarkets were closed due to the anticipated impact of Hagibis.

As of 9 pm (1200 GMT), Hagibis was traveling north-north-east at 40 kilometers per hour with maximum sustained winds of 144 km/h and gusts of 198 km/h, according to the Japan Meteorological Agency.

The eye of Hagibis was around the city of Kawasaki after the typhoon made landfall in the Izu Peninsula shortly before 7 pm, the agency said.

Hagibis is comparable to the 1958 typhoon that hit eastern and central Japan, killing more than 1,200 people, the agency said.

Two rugby World Cup games scheduled for Saturday were canceled due to the expected impact of Hagibis, while the typhoon also affected the Formula 1 Japanese Grand Prix this weekend at Suzuka. Qualifying has been moved from Saturday to Sunday, F1 officials said, and all events were canceled on Saturday at the Suzuka Circuit.