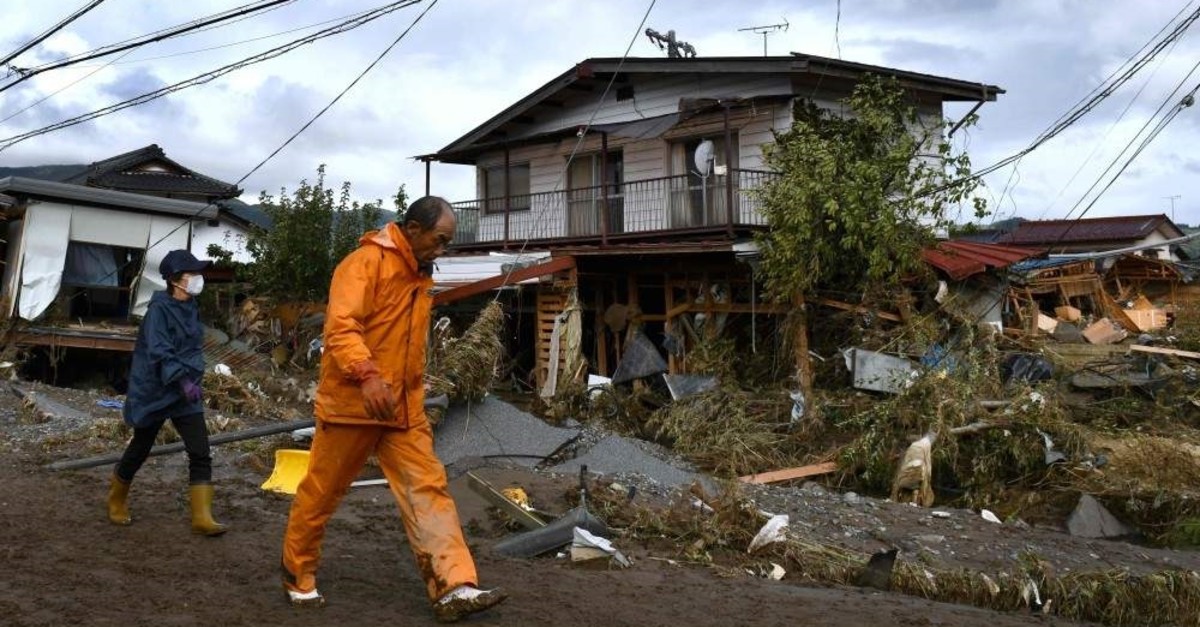 Japan warned on Friday of torrential rain in eastern and northeastern parts of the country that are still reeling from the devastation wreaked by deadly Typhoon Hagibis.

Authorities were warning of mudslides, flooding and high waves in the disaster-stricken regions, where relief and search-and-rescue operations continued.

Typhoon Hagibis, one of the most powerful storms to hit Japan in decades, tore through the central, eastern and north-eastern part of the country at the weekend, leaving 78 dead and 10 missing, according to a Kyodo News tally.

About 4,090 people remain at emergency shelters following the storm while some 97,000 households are still without water supply.

The government said on Wednesday that it will spend 710 million yen ($6.5 million) to respond to the devastating aftermath of Hagibis. It is also considering compiling a supplementary budget to help support recovery efforts.

Japan has historically dealt with various earthquakes, typhoons and similar natural disasters due to its unfortunate geographical location.

Some of their infra-structures are infamous for being earthquake-resistant.

Meanwhile, the government decided on Friday to postpone Emperor Naruhito's enthronement parade scheduled for Tuesday until November 10 as the country was still dealing with the widespread damage left by the typhoon.

The enthronement ceremony will be held on Tuesday as scheduled.