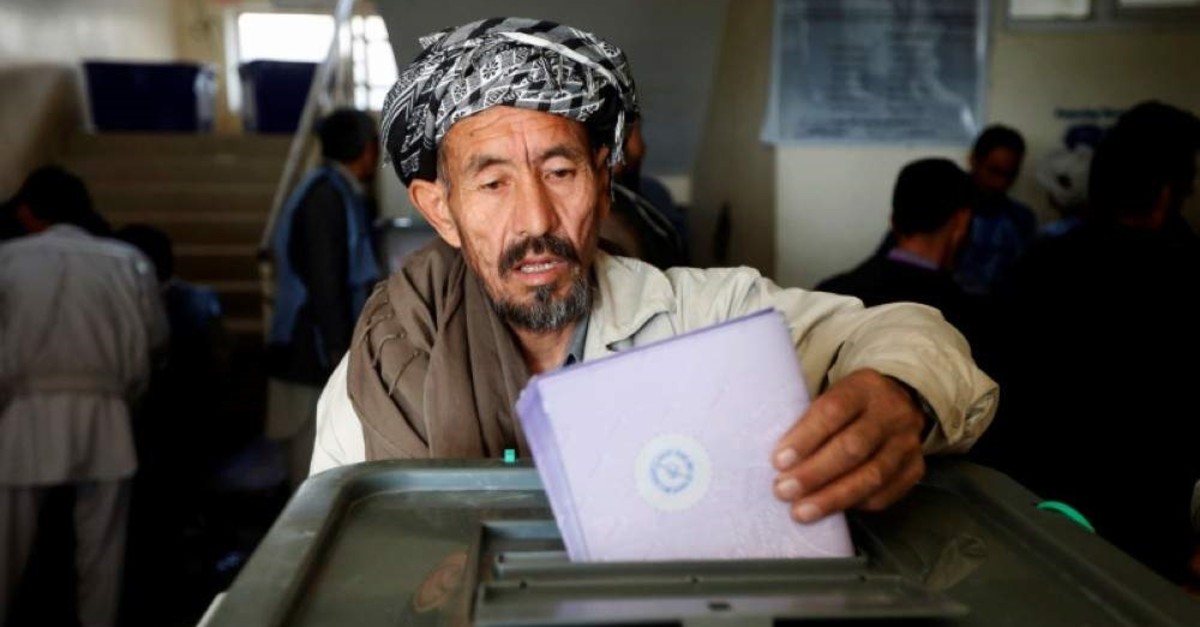 An Afghan man casts his vote during the parliamentary election at a polling station in Kabul, Afghanistan October 21, 2018. (Reuters Photo)
by Compiled from Wire Services Oct 27, 2019 2:57 pm

Afghan officials have set a new date for announcing the result of last month's presidential election, after several delays.

The initial deadline for sharing the results was delayed as the commission dealt with widespread accusations of misconduct in the polling, and technical problems with transferring ballot papers and data from a biometric system.

The bulk of the casualties were caused by Taliban fighters, who attacked several polling stations in an attempt to derail the vote. The report accused the Taliban of deliberate attacks against civilians on election day.

Only a quarter of eligible voters cast their ballots in Afghanistan's presidential election on Sept. 28 following threats of violence by the terrorist group.

The lead candidates are President Ashraf Ghani and Chief Executive Abdullah Abdullah, who have led together a fragile coalition government.

If no candidate obtains over 50% in the results, a second round of voting will be held.