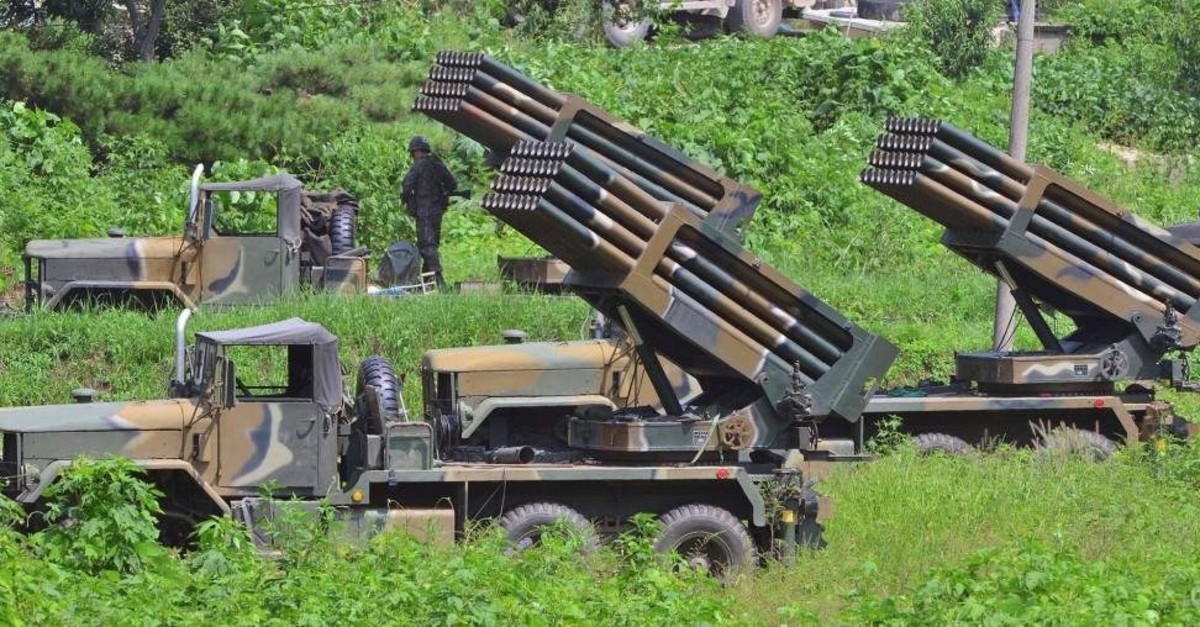 South Korean army's multiple launch rocket system (MLRS). (File Photo)
by Associated Press Oct 31, 2019 11:33 am
South Korea's military said North Korea on Thursday fired two projectiles toward its eastern sea, extending a streak of weapons tests apparently aimed at ramping up pressure on Washington over a stalemate in nuclear negotiations.
Seoul's Joint Chiefs of Staff said the weapons were fired from a region near the North Korean capital of Pyongyang. The Joint Chiefs of Staff didn't immediately confirm whether the weapons were ballistic missiles or rocket artillery, or how far they flew.
The North's latest launch follows statements of displeasure over the slow pace of nuclear negotiations with the United States and demands that the Trump administration ease sanctions and pressure on Pyongyang.
Earlier this month, the North test-fired an underwater-launched ballistic missile for the first time in three years.
News of the launches came after South Korea said earlier Thursday that North Korean leader Kim Jong Un sent a message of condolence to South Korean President Moon Jae-in over his mother's recent death.
The two leaders met three times last year and struck a set of deals aimed at easing animosities and boosting exchanges. But in recent months, North Korea has drastically reduced its engagement and diplomatic activities with South Korea, after Seoul failed to resume lucrative joint economic projects held back by U.S.-led U.N. sanctions.
Last week, Kim ordered the destruction of South Korean-built facilities at a long-shuttered joint tourist project at a North Korean mountain. South Korea later proposed talks but North Korea has insisted they exchange documents to work out details of Kim's order.
Last Update: Dec 20, 2019 1:21 am
RELATED TOPICS