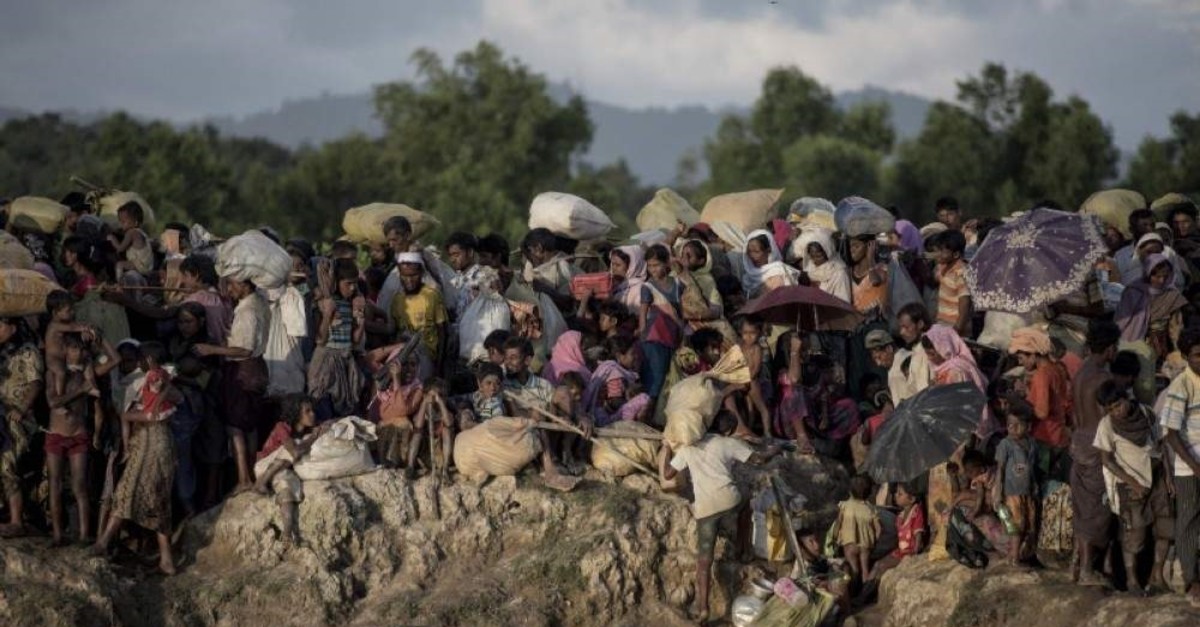 The U.N. chief on Sunday urged Myanmar to ensure the "safe" return of Rohingya refugees driven out by army operations, a plea made in front of Aung San Suu Kyi more than two years since her country cracked down on the Muslim minority.

Speaking at a summit of the Association of Southeast Asian Nations (ASEAN) in Bangkok - with Myanmar's de facto head Suu Kyi in the room - Antonio Guterres said he remains "deeply concerned" about the plight of the Rohingya. He called on Myanmar's government to take responsibility by dealing with the "root causes" of their flight and working toward their safe repatriation.

ASEAN leaders meet annually to try to work out common positions on pressing issues, but also maintain a policy of noninterference in each other's affairs. A draft of a statement to be issued by ASEAN leaders takes a generally weak tone toward how Myanmar should deal with its Rakhine crisis.

Violence in Rakhine state in 2017 forced more than 740,000 Rohingya to flee, most seeking refuge in overcrowded camps in neighboring Bangladesh, in what UN investigators say amounted to genocide.

Myanmar does not recognize the Rohingya as citizens. They consider them illegal immigrants from Bangladesh, and they have largely been denied citizenship and most of its privileges. Myanmar refuses to call the Rohingya by their self-chosen name and instead refers to them as Bengalis. Guterres in his statement avoided using either term, though the details and context made clear he was talking about the Rohingya.

The country says it welcomes back those who agree to a bureaucratic status below full citizenship, and if they agree to live under tight guard after their villages were incinerated.

Guterres said Myanmar is responsible to "ensure a conducive environment for the safe, voluntary, dignified and sustainable repatriation of refugees".

Suu Kyi sat in the room expressionless as Guterres spoke.

Only a few hundred Rohingya have returned to Myanmar so far, with many fearing further persecution in the Buddhist-majority country.

Despite repeated entreaties by the UN and endless criticism by rights groups and world leaders, Myanmar has refused to bend in its approach to the Rohingya. U.N. investigators and human rights groups say Myanmar security forces carried out mass rapes, killings and burning of Rohingya homes, for which they could be charged with ethnic cleansing or even genocide.

Much of Rakhine remains largely closed to aid workers and journalists, who can only visit on tightly controlled, military-chaperoned trips.

Suu Kyi has come under fire for failing to use her moral force to defend Rohingya after the 2017 unrest. The treatment of the minority has shredded her image as an upholder of human rights in the eyes of the Western world.

Myanmar's army has come under fire for covering up the crackdown, which it blamed on Rohingya "terrorists".