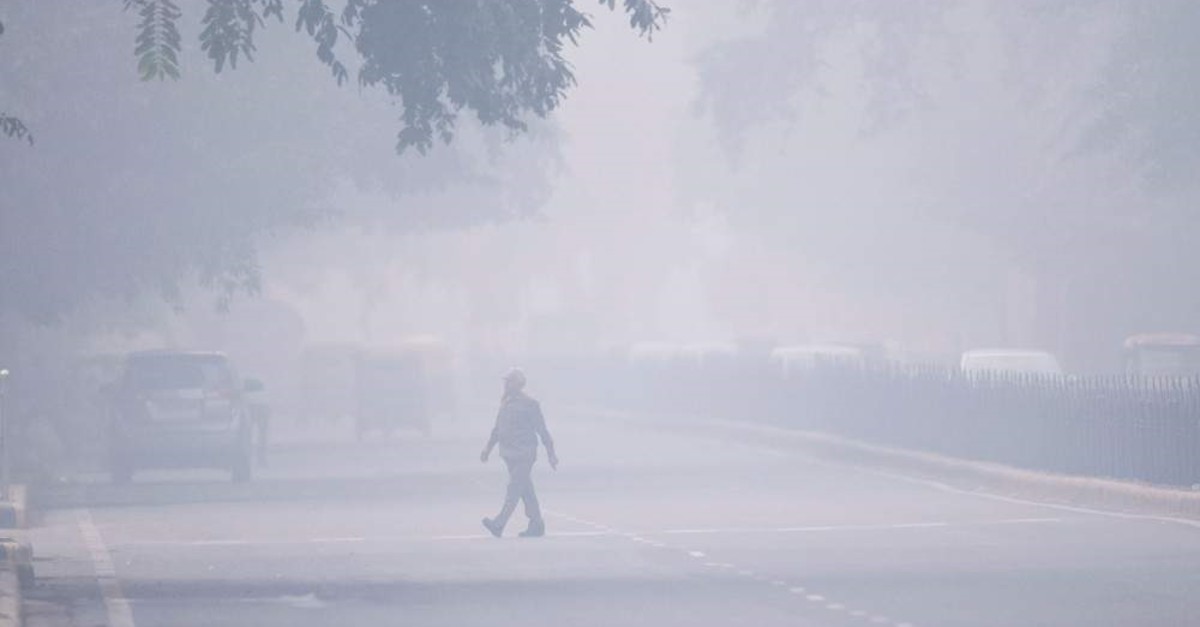 The government restricted many private vehicles from taking to the roads of India's capital on Monday amid a public health crisis that has left New Delhi residents gasping and their eyes burning from toxic air pollution.

The "odd-even" scheme will restrict private vehicles with odd-number license plates to driving on odd dates while even-numbered plates are allowed on even-numbered dates. It was begun days after authorities began emergency control measures and ordered the closure of schools as pollution levels reached a three-year high

The state-run Central Pollution Control Board's air quality index for New Delhi was "severe" at 436, about nine times the recommended maximum. On Monday morning, the concentration of PM2.5 – fine particles of less than 2.5 microns that can enter the bloodstream and penetrate the lungs and heart – was at 613, nearly 25 times the safe limit set by the World Health Organisation, according to the U.S. Embassy in Delhi. On Sunday, it approached 1,000.

Air pollution in New Delhi and northern Indian states peaks in the winter as farmers in neighboring agricultural regions set fire to clear land after the harvest and prepare for the next season. The pollution in the Indian capital also peaks after Diwali celebrations, the Hindu festival of light, when people set off fireworks.

Some people distraught over the pollution said they wanted to leave the city of more than 20 million people due to its poor air quality.

"I feel like moving out as well because I'm young and I'm still on a stage of building up my life and my career," resident Divyam Mathur said.

Traffic police officers, wearing protective masks, signaled cars to stop for not following the vehicle restrictions on Monday. New Delhi Chief Minister Arvind Kejriwal appealed for residents to follow the rule and for private taxi and auto-rickshaw drivers to support it.

The Indian capital is one of 14 Indian cities listed in the World Health Organization's top 15 most polluted cities globally.

Kejriwal says that "lives are at stake" in the megacity's pollution crisis.

Authorities said almost 1.2 million registered vehicles in New Delhi will be off the road every day during the two-week restrictions.

"I don't think this odd-even scheme will do anything. It's mostly the stubble burning in the states of Punjab and Haryana which contributes to the pollution, and industrial pollution is also high," said Ajay Jasra, a New Delhi resident.

The vehicle restrictions have been the Aam Aadmi Party-led city government's pet project to fight air pollution. It was implemented twice in 2016 but remained controversial as critics have debated its impact.

Vehicle and industrial emissions, pollutants from firecrackers and construction dust sharply increase each winter, exacerbating what is already a public health crisis.