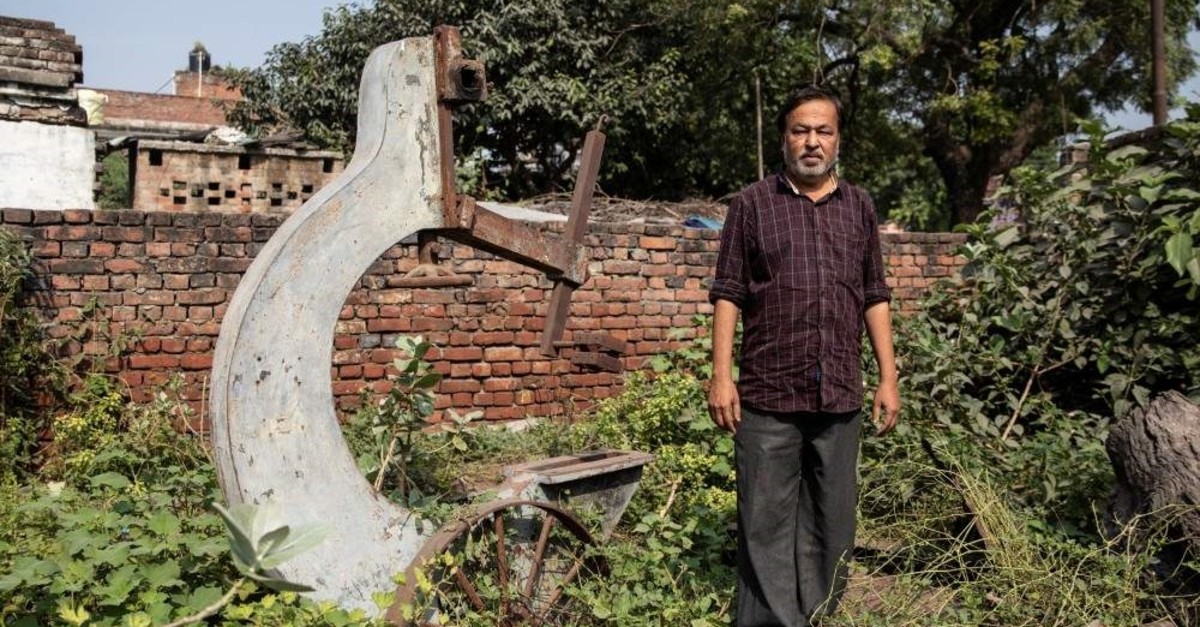 Mohammed Shahid, grandson of Haji Abdul Gaffar, the last imam of Babri mosque, poses in front of machinery from a sawmill burnt down by a mob after the demolition of the mosque, Ayodhya, India, Oct. 22, 2019. (Reuters Photo)
by Nov 05, 2019 1:36 am

Indian Muslims are anxious as they await a court ruling on the 16th-century Babri Masjid, destroyed by a Hindu mob in 1992