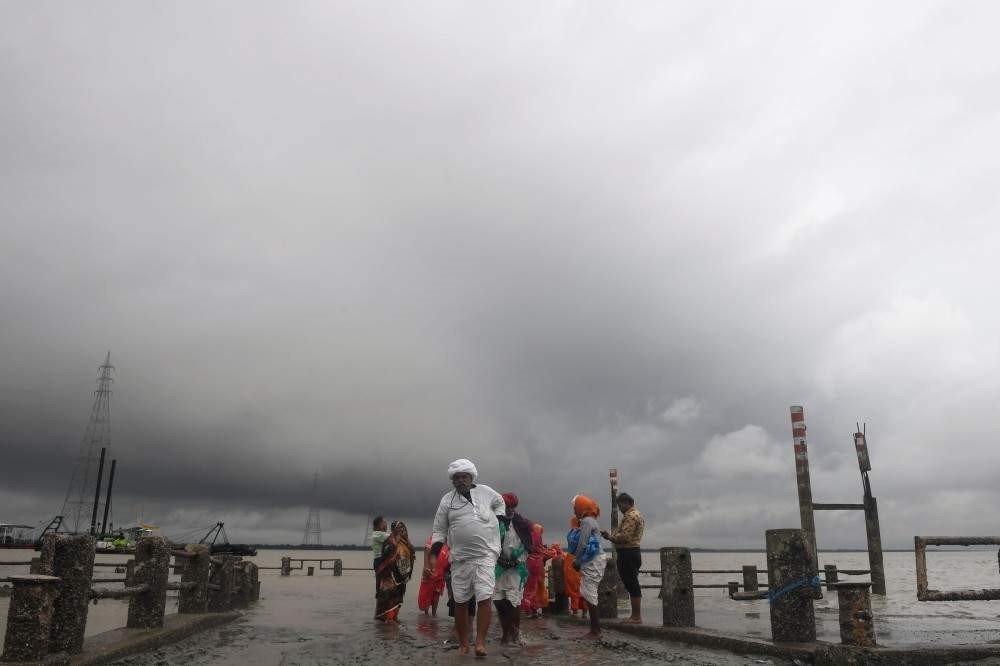 Hindu pilgrims walk back from the dock after a ferry service to Sagar Island was suspended due to the approaching Cyclone Bulbul in Kakdwip in West Bengal state on Nov. 9, 2019 (AFP Photo)
by Nov 09, 2019 2:37 pm

Bangladesh has evacuated more than 300,000 people to shelters as a powerful cyclone in the Bay of Bengal heads towards the country's coast, officials said on Saturday.

"More people will be moved to the shelters, and we will hopefully be able to take all vulnerable people to safety," Enamur Rahman, a junior minister for disaster management, told reporters in Dhaka.

Cyclone Bulbul, which was 280 kilometers south-west of the country's second-largest maritime port of Mongla, with wind speeds reaching 150 kilometers per hour, is likely to strike Bangladesh's south-western parts in the evening, according to a special weather bulletin.

Meteorologist Ruhul Kuddus said the low-lying areas in the coastal districts and off-shore islands are likely to face storm surge of nearly two meters above normal tide under the influence of the "very severe cyclonic storm."

Most parts of Bangladesh are expected to face heavy rain along with winds of up to 120 kilometers per hour during the passage of the storm, he added.

Television footage shows volunteers using loudspeakers to ask coastal residents to go to shelter centers, where triple-red flags are being flown atop to warn people.

Police have been asked in some places to ensure that residents unwilling to go shelters are taken to safety, reported private broadcaster Channel24.

The government ordered the suspension of all inland water transports and operations at the maritime ports as part of precautions.

Flight operation at Shah Amanat International Airport in the south-eastern district of Chattogram has also been suspended for an indefinite period.