Australia declares state of emergency due to wildfires 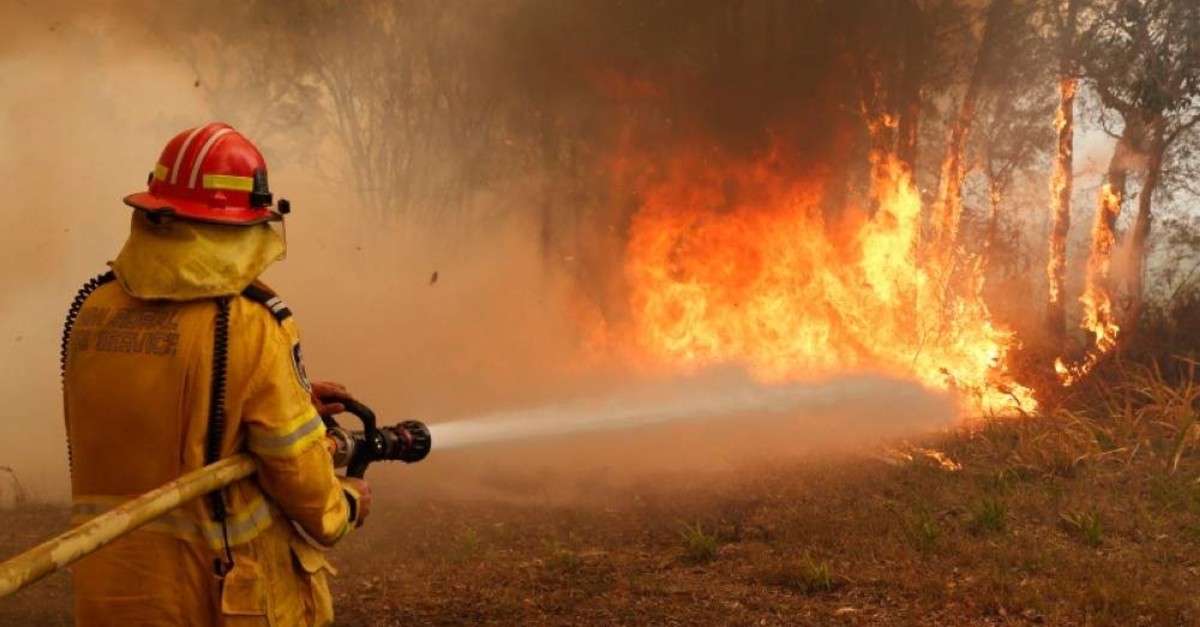 Australia's most populous state declared an emergency on Monday and residents in the Sydney area were warned of "catastrophic" fire danger as the country girded for a fresh wave of deadly bushfires that have ravaged the drought-stricken east of the country.

For the first time, Australia's largest city and the surrounding area faced the highest level of fire warning – with authorities cautioning that "lives and homes will be at risk."

New South Wales state Emergency Services Minister David Elliott said residents were facing what "could be the most dangerous bushfire week this nation has ever seen."

Fires in the state's northeast have claimed three lives, destroyed more than 150 homes and razed more than 850,000 hectares (3,300 square miles) of forest and farmland since Friday.

Fire conditions are forecast to be worse on Tuesday than they were at the peak of the current fire emergency on Friday.

Prime Minister Gladys Berejiklian said the last time a state of emergency was declared in New South Wales was 2013 when there were extensive fires in the Blue Mountains west of Sydney.

"The catastrophic weather conditions mean that things can change very quickly," she told reporters in Sydney. "Tomorrow is about protecting life, protecting property and ensuring everybody is safe as possible," she added.

Catastrophic fire danger has been declared for Sydney and the Hunter Valley region to the north on Tuesday with severe and extreme danger across vast tracts of the rest of the state.

The weeklong declaration of a state of emergency gives the Rural Fire Service sweeping powers. "There is nothing built or designed to withstand the sorts of conditions that you can expect under catastrophic" conditions, said Shane Fitzsimmons, commissioner of the rural fire service for New South Wales state, which encompasses Sydney.

The Blue Mountains to Sydney's west, the wine-producing Hunter Valley to the north as well as the Illawarra region to the city's south are expected to be the hardest hit.

There, total fire bans have been put in place, some schools will be closed and residents are being warned to avoid bushland.

In the town of Rainbow Flat, emergency services were cutting down trees and trying to open roads to get livestock out of the potential path of the blazes.

The annual Australian fire season, which peaks during the Southern Hemisphere summer, has started early after an unusually warm and dry winter. The crisis has reignited debate on whether Australia has taken enough action on climate change.

Australia is the world's largest exporter of coal and liquid natural gas. It is also the world's driest continent after Antarctic, which scientist say leaves Australians particularly vulnerable to weather extremes associated with a changing climate.

Carol Sparks, a local mayor who lost her home in a fire near the New South Wales town of Glen Innes, said climate change had contributed to the emergency.

Some residents in the path of dangerous fires blame the intensity of flames on environmentally focused lawmakers who have prevented regular controlled burning of forests to reduce the fuel load in the tinder-dry landscape for fear of smoke and harm to wildlife.

"Scott Morrison has not got the climate crisis under control," Bandt said.

Morrison said Saturday that he had not considered whether the unprecedented fires scorching New South Wales and neighboring Queensland state were linked to climate change.

"My only thoughts today are with those who have lost their lives and their families. The firefighters who are fighting the fires, the response effort that has to be delivered and how the Commonwealth has to respond in supporting those efforts," Morrison told reporters.

Morrison's deputy Michael McCormack said Monday that now was not the time for political debate on climate change.

"They don't need the ravings of some pure, enlightened and woke capital city greenies at this time," McCormack said. "What they don't need is Adam Bandt and Richard Di Natale trying to get a political point score on this. It is disgraceful, it is disgusting and I'll call it out every time."

Ken Thompson, who was deputy commissioner of Fire and Rescue in New South Wales until 2011, co-founded the group Emergency Leaders for Climate Action, which includes 23 former senior fire and emergency service leaders from across Australia.

Thompson said he was frustrated that that prime minister had refused to meet with them.

"Our main concern is with bush fire that our fire seasons are becoming much, much longer that they used to be," Thompson said.

Australian firefighters relied on the same firefighting aircraft that were used to combat wildfires in the Northern Hemisphere fire season, he said.

"Those aircraft come down during our fire season at the end of the North Hemisphere fire season," Thompson said. "The problem is that their fire seasons have become a lot longer as well, so we're being left vulnerable by not having those types of aircraft available to us in Australia at a time when we most need them."