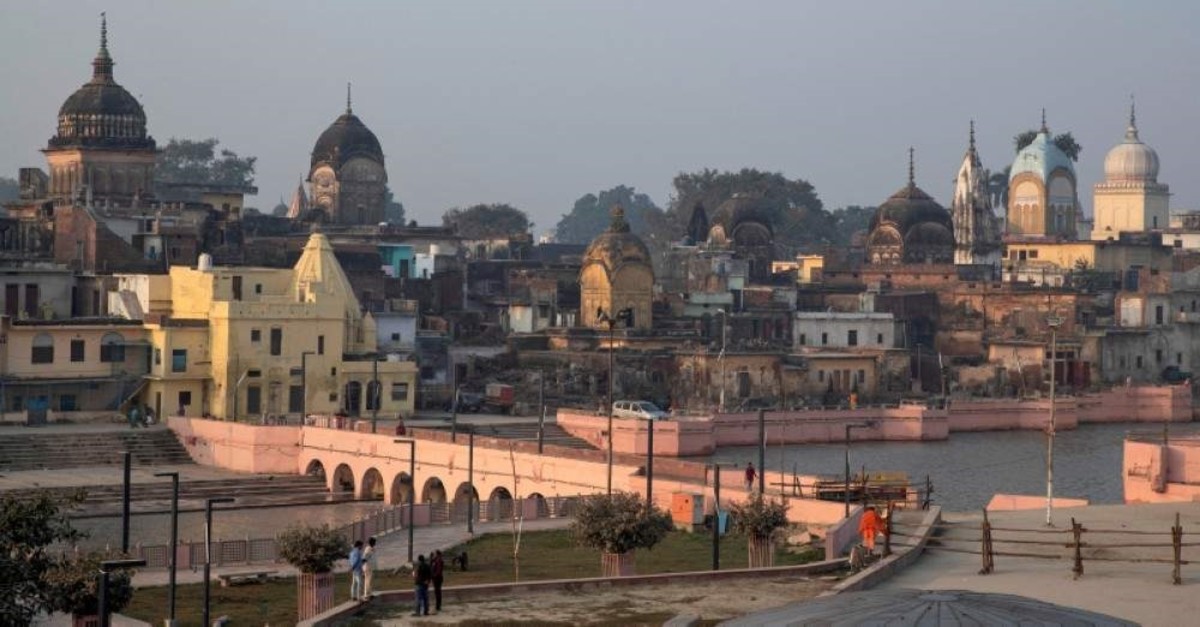 Two leading Muslim groups said Sunday they will file petitions in India's top court challenging its decision to award Hindus control of the historical site of the early 16th century Babri Mosque.
The Supreme Court ruled on Nov. 9 that the holy site in Ayodhya, where Hindu mobs destroyed the 460-year-old mosque in 1992, must be managed by a trust to oversee the construction of a Hindu temple.

The apex court also ruled that a "suitable plot" of land measuring 5 acres would be allotted to the Sunni Waqf Board either by the central government or provincial government to construct a mosque.

But the All India Muslim Personal Law Board (AIMPLB) and the Muslim scholar organization Jamiat Ulama-i-Hind, which were not part of the Nov. 9 ruling, said they would contest the judgment.

AIMPLB "will file a review petition in the #BabriMasjid case due to the apparent errors in the supreme court verdict," it tweeted Sunday.

"We have decided to file a reconsideration petition before Dec. 9 in Ayodhya dispute case," Zafaryab Jilani, the secretary of the board, was quoted as saying after a board meeting in the weekly news magazine India Today.

He further said that the Supreme Court decision is "not understandable" and so there is a need to go for a review.
AIMPLB added that "on behalf of the Muslim community, we decline to accept the... land" awarded by the court, the Press Trust of India reported.
Jamiat Ulama-i-Hind president Arshad Madani told reporters that "it is not a prestige issue. This is a matter of Sharia. We can neither give the mosque, nor take anything in lieu of it," local News18 network reported Sunday.

The Supreme Court routinely rejects petitions and AIMPLB sources told News18 they accepted that theirs could also be knocked back.

A meeting of the AIMPLB was organized in Lucknow, northern India, with different Muslim parties to discuss whether to go for a review of the court's judgment in the Babri Mosque case.

The Uttar Pradesh Sunni Central Waqf Board, one of the Muslim parties in the case, has said it accepted the ruling. It has yet to decide whether to accept the plot of land, local media reported.

The Supreme Court decision came after a 2010 ruling that the site should be divided – two-thirds controlled by Hindus and the remainder by Muslims – was contested by both parties, sparking the lengthy legal tussle.

Built in 1528 under the rule of first Mughal emperor Babur, the grand mosque along with a land of 2.77 acres in India's central province of Uttar Pradesh was demolished by a group of radical Hindus in 1992. Hindus claimed one of their gods, Lord Ram, was born at the site of the mosque.