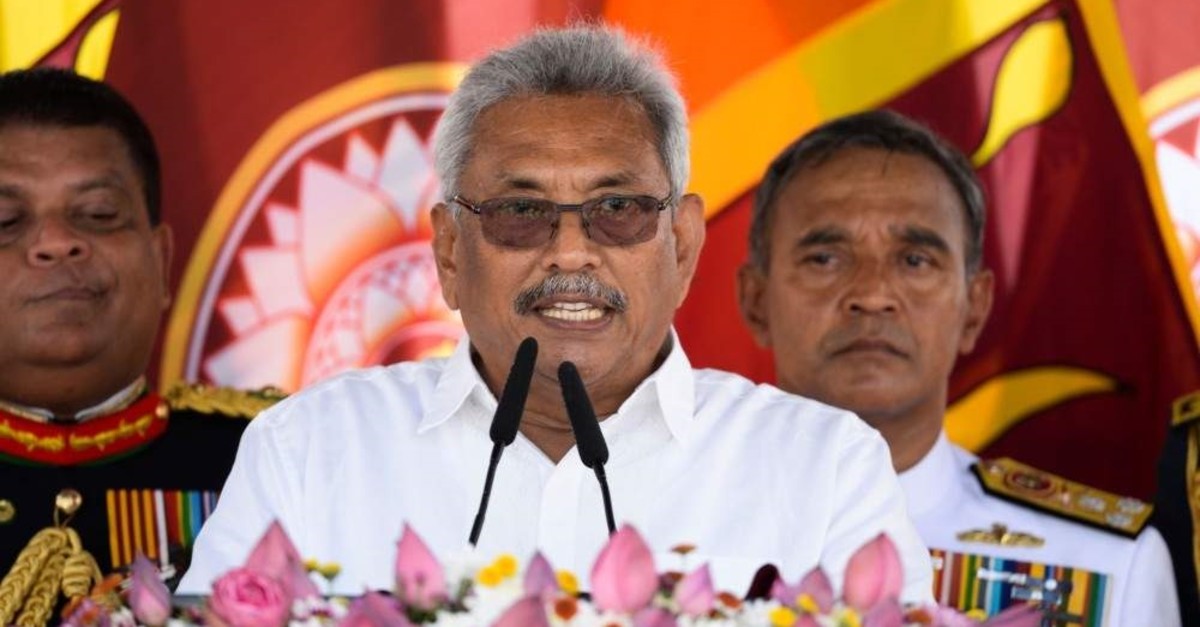 Former Defense Secretary Gotabaya Rajapaksa was sworn in as Sri Lanka’s president yesterday and appealed to minority Tamils and Muslims who voted against him to give their support. Rajapaksa, who is credited with helping end the country’s long civil war, recorded a comfortable victory with a majority of more than 1.3 million votes in the country's presidential polls, according to election results. He received around 52% of the vote, compared to the 42% garnered by his chief rival, ruling party candidate Sajith Premadasa. He secured the lion's share of the majority Sinhala community's votes, while Premadasa was helped by votes from the minority Tamil and Muslim populated northern and eastern areas.

Rajapaksa said he will maintain Sinhala and Buddhism as the country’s primary culture and provide state support for them but will allow other groups to preserve their religious and cultural identities. He also pledged to prioritize national security following the Easter Sunday attacks this year that killed 269 people.

Muslims have become fearful of hard-line groups such as the Buddhist nationalist group Bodu Bala Sena (BBS) that are leading the campaign against them. After the deadly terrorist attack, many Muslims braced for revenge attacks. Sri Lanka's Muslims make up about 9% of its population of 21 million people and mostly live in the east and center of the island. Mosques and Muslim-owned properties in the country have been widely attacked, especially by Sinhalese Buddhists. Some Buddhist nationalists have protested the presence in Sri Lanka of Muslim Rohingya asylum-seekers from mostly Buddhist Myanmar, where Buddhist nationalism has also been on the rise.