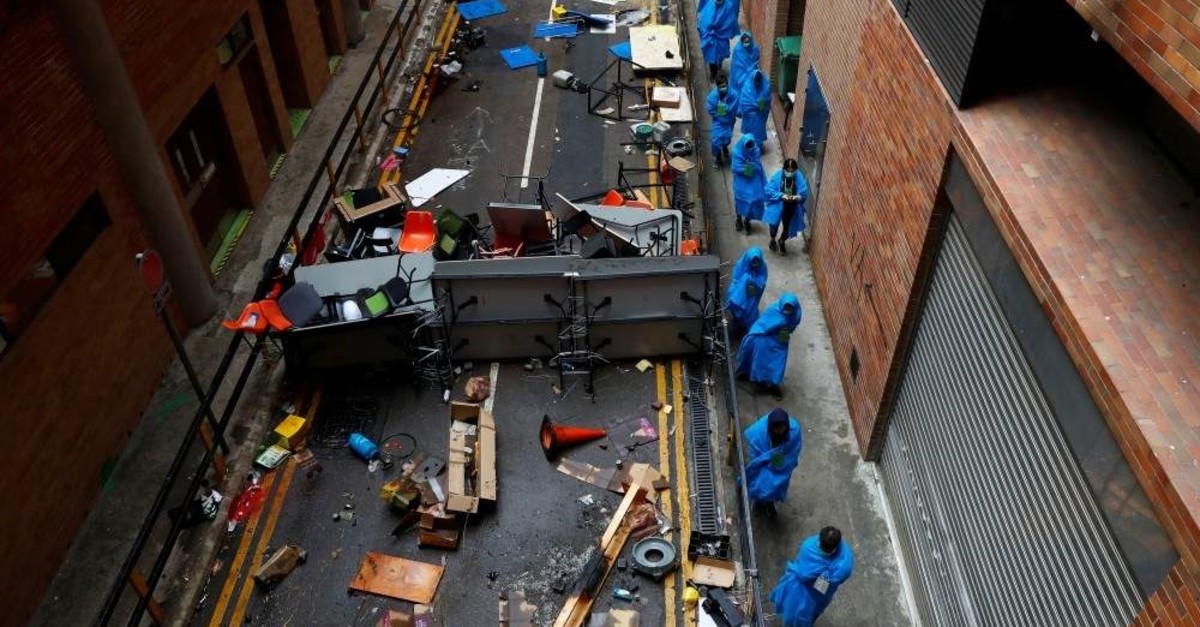 A potentially deadly standoff between Hong Kong police and dozens of desperate protesters barricaded in a university campus went into its third day yesterday, as China issued fresh warnings its patience with the nearly six months of unrest was running out.

With the crisis deepening, China's Ambassador to Britain Liu Xiaoming upped the ante on Monday. "The Hong Kong government is trying very hard to get the situation under control," Liu said. "But if the situation becomes uncontrollable, the central government would certainly not sit on our hands and watch. We have enough resolution and power to end the unrest."

City leader Carrie Lam said 600 people had left the Hong Kong Polytechnic campus, including 200 who were under the age of 18. Police have surrounded the university and are arresting anyone who leaves. Groups of protesters made several attempts to escape Monday, including sliding down hoses to waiting motorcycles, but it wasn’t clear if they evaded arrest. Lam said those under 18 would not be immediately arrested but could face charges later. She said the other 400 who have left have been arrested.

After five months, the Hong Kong protest movement has steadily intensified as local and Beijing authorities harden their positions and refuse to make concessions. Universities became the latest battleground last week as protesters occupied several campuses, using gasoline bombs and bows and arrows to fend off riot police backed by armored cars and water cannons. Those at Polytechnic are the last holdouts.