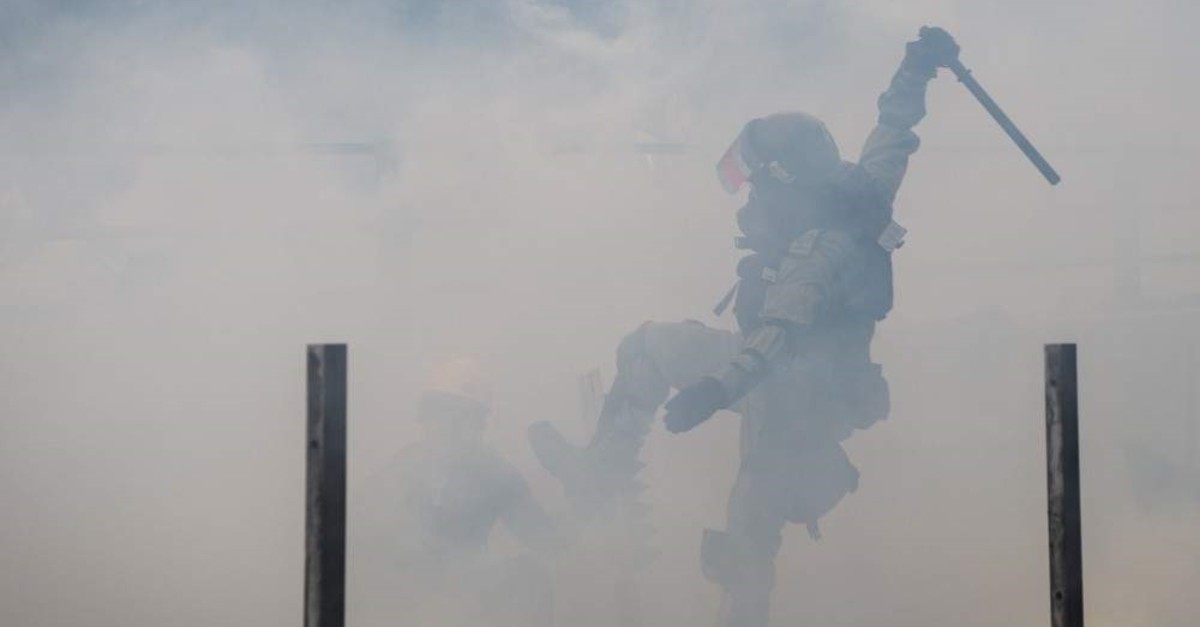 Police detain protesters after they attempted to escape the campus of the Polytechnic University in the Hung Hom district, Hong Kong, Nov. 18, 2019. ( AFP Photo)
by Compiled from Wire Services Nov 20, 2019 11:58 am
A former employee of the British Consulate in Hong Kong says he was detained and tortured by Chinese secret police trying to extract information about massive anti-government protests in the territory.
Simon Cheng said in an online statement and media interviews that he was hooded, beaten, deprived of sleep and chained to an X-shaped frame by plainclothes and uniformed agents as they sought information on activists involved in the protests and the role they believed Britain played in the demonstrations.
Chinese police in August announced Cheng’s release after 15 days of administrative detention but gave no details of the reasons behind his detention.
British Foreign Secretary Dominic Raab condemned China’s treatment of Cheng, which he said "amounts to torture". He has summoned the Chinese ambassador to express "outrage" at Cheng's treatment.
"I have made clear we expect the Chinese authorities to investigate and hold those responsible to account," Raab told the Journal.
China’s ambassador to London on Monday accused foreign countries including the United States and Britain of interfering in Chinese internal affairs through their reactions to the violent clashes taking place in Hong Kong.
The Asian financial hub, which was handed over to China by former colonial ruler Britain in 1997 but enjoys a degree of autonomy under a "one country, two systems" formula, has been plunged into chaos for almost six months.
Hong Kong's pro-democracy movement was ignited in June when millions took to streets in opposition to a now-abandoned attempt to allow extraditions from Hong Kong to the mainland. The protests and resulting crackdowns have turned parts of Hong Kong into violent battlegrounds for weeks.
On Tuesday protesters occupying a university defied warnings to surrender, as skirmishes between police and demonstrators continued.
Last Update: Dec 20, 2019 1:48 am
RELATED TOPICS