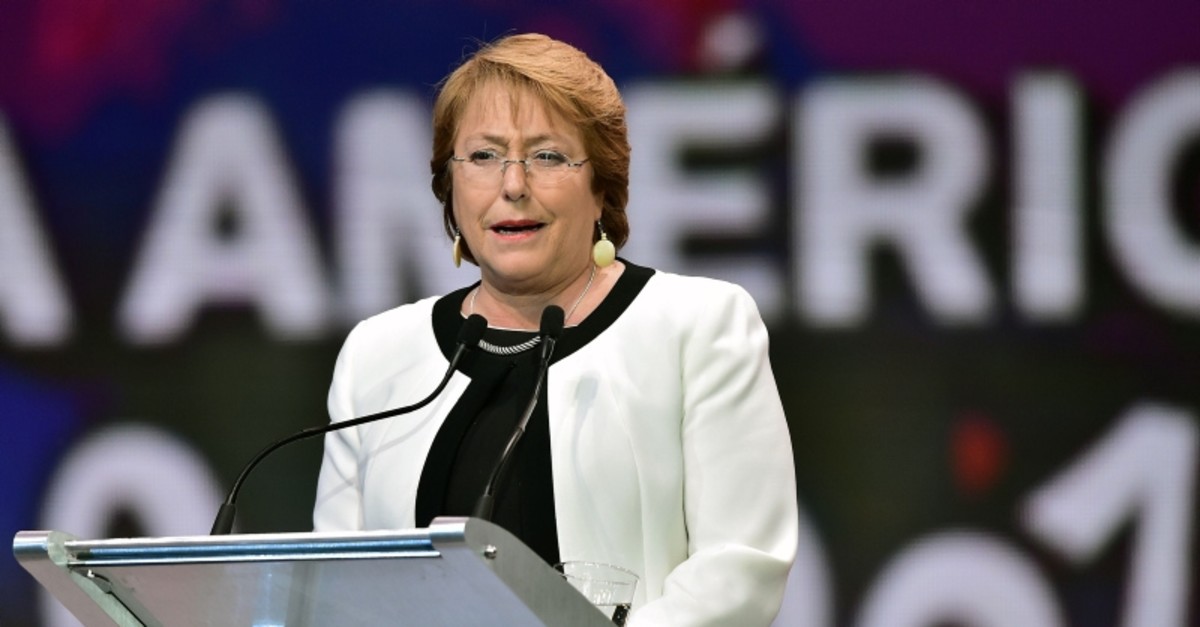 China accused U.N. human rights chief Michelle Bachelet of "inappropriate" interference in the country's affairs on Saturday after she called for investigations into alleged excessive use of force by police in Hong Kong.

China's mission to the U.N. in Geneva said an op-ed written by Bachelet in the South China Morning Post was "erroneous" and "violates the purposes and principles of the Charter of the U.N."

The article contains "inappropriate comments on the situation of the Hong Kong Special Administrative Region ... [and] interferes in China's internal affairs," said the Chinese mission's statement.

It added that China had "lodged strong representations" with the U.N. rights office in Geneva.

In the article published earlier Saturday, Bachelet urged authorities in Hong Kong to conduct "a proper independent and impartial judge-led investigation into reports of excessive use of force by the police."

Hong Kong's protests are fueled by years of seething anger over China's perceived erosion of liberties in the semi-autonomous city.

There have been repeated violent clashes between police and protesters, who have called for police accountability and fully free elections.

Beijing denies stamping out Hong Kong's liberties and has portrayed the protests as a foreign-backed "color revolution" aimed at destabilizing mainland China.

China's mission to the U.N. said Bachelet's article "will only embolden the rioters to conduct more severe radical violence."