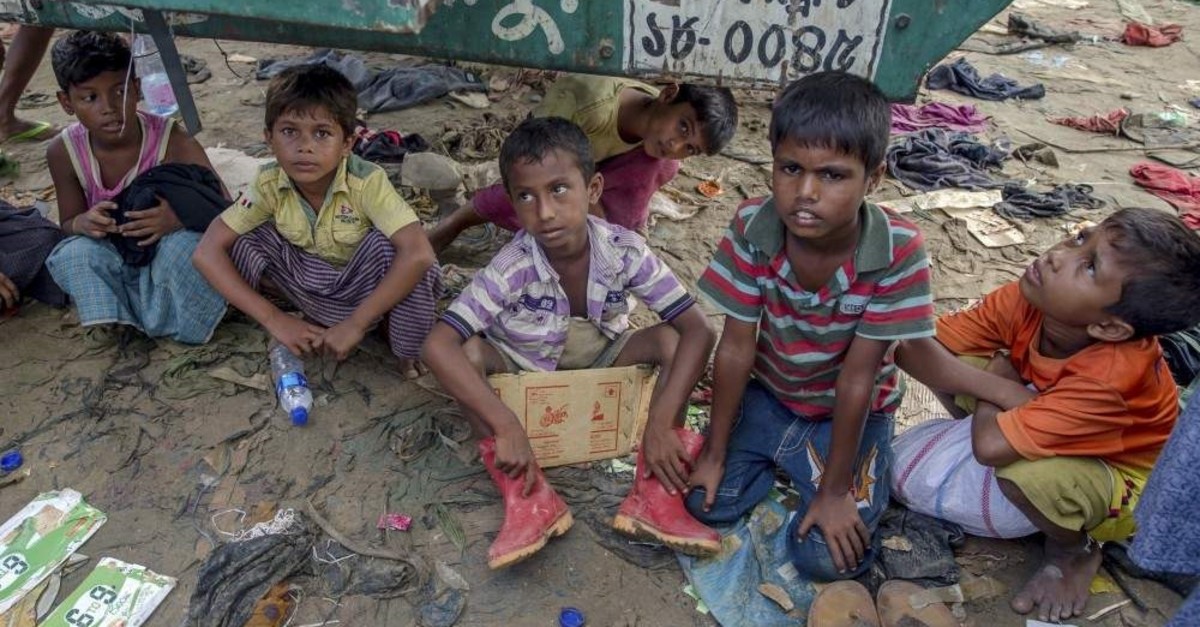 | AP File Photo
by Dec 03, 2019 10:18 am
Bangladesh is blocking hundreds of thousands of Rohingya children from accessing meaningful education, Human Rights Watch said on Tuesday, urging authorities to lift restrictions on schooling in refugee camps.
In a report called "Are we not human?" Human Rights Watch accused Bangladesh of violating the rights of 400,000 school age children who have fled Myanmar and are currently living in the Cox's Bazaar refugee camps.
"Depriving an entire generation of children of education is in no one’s interest," Bill Van Esveld, associate children's rights director at Human Rights Watch told Reuters. "The international community needs to act and demand that Bangladesh and Myanmar change course."
More than 730,000 Rohingya Muslims have fled Myanmar to neighboring Bangladesh since a 2017 crackdown by Myanmar's military, which followed attacks by Rohingya insurgents.
The Human Rights Watch report said Bangladesh had banned Rohingya refugees from enrolling in schools outside the camps or taking national exams and also barred U.N. agencies and foreign aid groups from giving formal accredited education.
It accused Myanmar of not agreeing to recognize the use of its school curriculum in the camps.
Bangladesh’s Refugee Relief and Repatriation Commission Chief Mahbub Alam Talukder said it was untrue that children in the camps were not being educated and that there were 4,000 learning centers in the camps.
"Rohingya will have to go back to Myanmar," he told Reuters. "They are not our citizens and we can’t allow them to use our national curriculum."
The Myanmar government did not respond immediately to a Reuters request for comment.