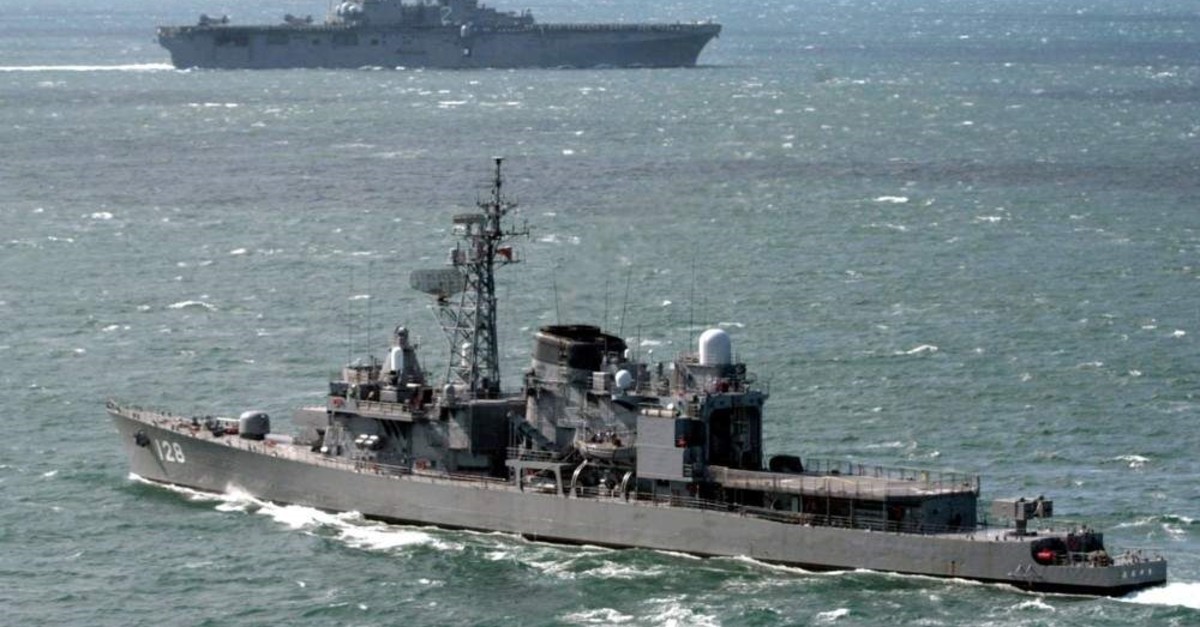 Japan's Maritime Self-Defence Force destroyer Haruyuki seen off Sasebo, southwestern Japan, Sept. 22, 2001. (Reuters Photo)
by Dec 05, 2019 11:15 am
Japan is working on a plan to send about 270 seamen to the Middle East to guard ships supplying Japan under a law that allows military deployments for research and intelligence gathering, the Nikkei business daily said.
Prime Minister Shinzo Abe is considering a January visit to the Middle East, including Saudi Arabia and the United Arab Emirates, the paper added.
Japan maintains friendly ties with both the United States and Iran, and has said it would not join any U.S. coalition to protect merchant vessels in the region.
The Nikkei said the government would propose deploying one escort ship and a patrol aircraft from the Maritime Self-Defense Force on a one-year mission that could be renewed annually. It plans to finalize the plan by year-end, the Nikkei said.
Global commodity trading has been rocked this year by attacks on international merchant vessels that Japan's Western allies have blamed on Iran. Tehran denies involvement.
Tensions have heightened between Tehran and Washington since last year, when President Donald Trump pulled the United States out of Tehran's 2015 nuclear deal with six nations and re-imposed sanctions on the country, crippling its economy.
Japan, which has stopped buying oil from Iran because of U.S. sanctions, is eager to see stability in the Middle East, where it gets the bulk of its oil imports.
Abe has tried unsuccessfully to ease tensions between the two countries. Iran has criticised U.S. efforts to build an alliance to protect shipping in the Gulf, and Iranian Deputy Foreign Minister Abbas Araghchi told Japanese public broadcaster NHK this week after meeting with Abe that Tehran was opposed to any foreign forces in the region.
Iran has also proposed a visit to Japan by President Hassan Rouhani try to resolve Iran's nuclear impasse with Washington, Kyodo news reported.
Japan's pacifist constitution bans a standing military but allows self-defense forces. The prospect of deploying navy personnel to the region has sparked calls for caution from liberal media and other critics.