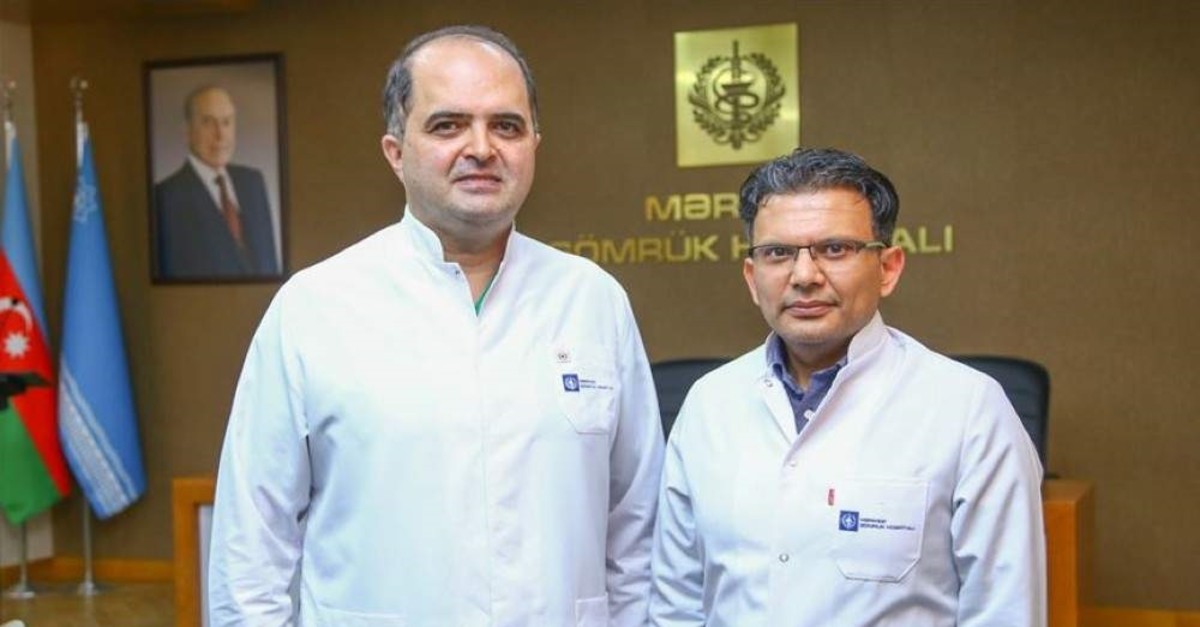 Azerbaijani doctors Resat Mahmudov and Mircelal Kazimi, saved the life of a 5-year-old child through a single operation including both a coronary bypass and a liver transplant, a medical first on such a young patient. (AA Photo)
by Anadolu Agency Dec 08, 2019 12:17 pm

Two Turkish-trained Azerbaijani doctors on Saturday made history by saving the life of a 5-year-old child through a single operation including both a coronary bypass and a liver transplant, a medical first on such a young patient.

The doctors, Resat Mahmudov and Mircelal Kazimi, had received education within the scope of the Great Student Project, a program organized by Turkey following the breakup of the Soviet Union to provide educational opportunities to students from the Central Asian Turkic republics.

Kazimi said the young patient was diagnosed with familial hyperlipidemia, a genetic disorder triggering a serious rise in cholesterol levels, and was also in need of a liver transplant.

"As preparations were ongoing for the operation, it emerged that 90% of the veins going to the heart were blocked. There was a risk of losing the patient," he said, adding the medical team in Baku, Azerbaijan’s capital, decided to replace the veins and do a liver transplant in the same session.

Kazimi added that the patient is in good health for the time being and treatment is ongoing, adding: "Our operation is a first in terms of performing a coronary bypass and liver transplant in a single session on a child patient."

Mahmudov praised the Turkish doctors who trained him and stressed that as Azerbaijan’s sister country, Turkey would always stand by them.

"This is not just the success of Azerbaijan’s medical sector, our teachers in Turkey can also be proud. It's a success for Turkey too," he said.