5 dead, many missing in eruption of New Zealand volcano 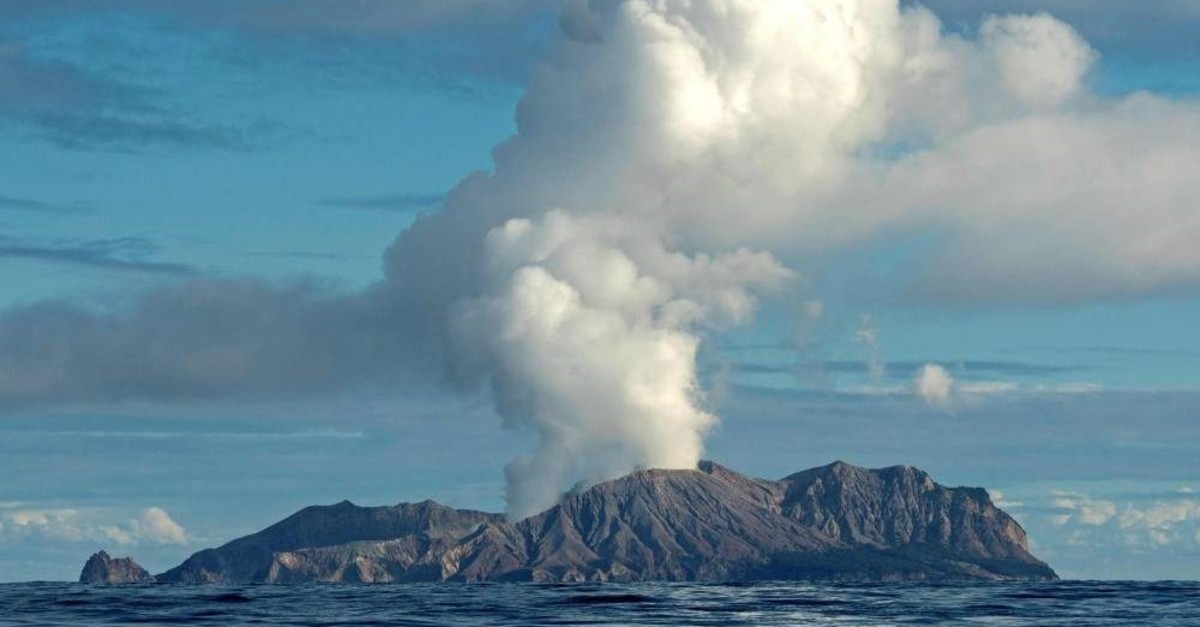 At least five people were killed, up to 20 injured and several were reported missing after a volcano suddenly erupted off the east coast of New Zealand's North Island on Monday, spewing a plume of ash thousands of feet into the air.
Prime Minister Jacinda Ardern said about 100 tourists were on or near White Island when it erupted in the afternoon.
"Some of those, at this stage, are unaccounted for,” she said. '"A number of people are reportedly injured and are being transported to shore."
She said the incident appeared to be "very significant.”
"It is very much an evolving situation and of course all our thoughts are with those affected," she said. Ardern said there were no confirmed fatalities.
St. John medical responders said in a statement they believed there were 20 people on the island who were injured and in need of medical treatment. It said it had dispatched seven helicopters to the island with paramedics aboard.
"Some of those people have been transported to shore, however, a number believed to be on the island are currently unaccounted for," the force said in a statement.
"Emergency services are currently frantically trying to get these people back from the island to hospital for treatment," Whakatane mayor Judy Turner told AFP.
There were particular fears for a group of visitors seen walking on the crater floor moments before the eruption occurred.
Cameras providing a live feed from the volcano showed more than half a dozen people inside the rim before images went dark when the eruption occurred minutes later.
"My god,” wrote Michael Schade on Twitter as he posted a video of the eruption. "My family and I had gotten off it 20 minutes before, were waiting at our boat about to leave when we saw it. Boat ride home tending to people our boat rescued was indescribable.”
His video showed a wall of ash and steam around the island and helicopters badly damaged and covered in ash. He said one woman was badly injured but seemed "strong” by the end.
Brad Scott, a volcanologist with GNS Science, said the eruption was significant and sent a plume of steam and ash about 12,000 feet (3,660 meters) into the air. He said it had also affected the whole of the White Island crater floor.
The GeoNet agency at first raised its alert level to four, on a scale where five represents a major eruption. It later dropped the alert level back down to three. Scott said that was because the eruption wasn't sustained beyond the initial blast.
White Island sits about 50 kilometers (30 miles) offshore from mainland New Zealand. There will be questions asked as to why tourists were still able to visit the island after scientists recently noted an uptick in volcanic activity.
GeoNet raised the alert level on White Island from one to two on Nov. 18, noting an increase in the amount of sulfur dioxide gas, which originates from magma deep in the volcano. It also said at the time that over the previous weeks, the volcanic tremor had increased from weak to moderate strength.
Scott said the alert level was often raised and then later dropped again without any eruption. He said there hadn't been any major incidents with tourists visiting the island in the past, although there had been some close calls.
Scott said it was not for him to say whether the island was safe enough to host tourists immediately before Monday's eruption.
White Island is northeast of the town of Tauranga on North Island, one of New Zealand's two main islands. Police were asking people to avoid areas on the North Island that were close to the eruption, including the Whakatane Heads and Muriwai Drive areas.
GeoNet said it is New Zealand’s most active cone volcano and about 70% of the volcano is under the sea.
Twelve people were killed on the island in 1914 when it was being mined for sulfur. Part of a crater wall collapsed and a landslide destroyed the miners' village and the mine itself.
The remains of buildings from another mining enterprise in the 1920s are now a tourist attraction, according to GeoNet.
The island became a private scenic reserve in 1953, and daily tours allow more than 10,000 people to visit the volcano every year.
The island is also known by the indigenous Maori name Whakaari.