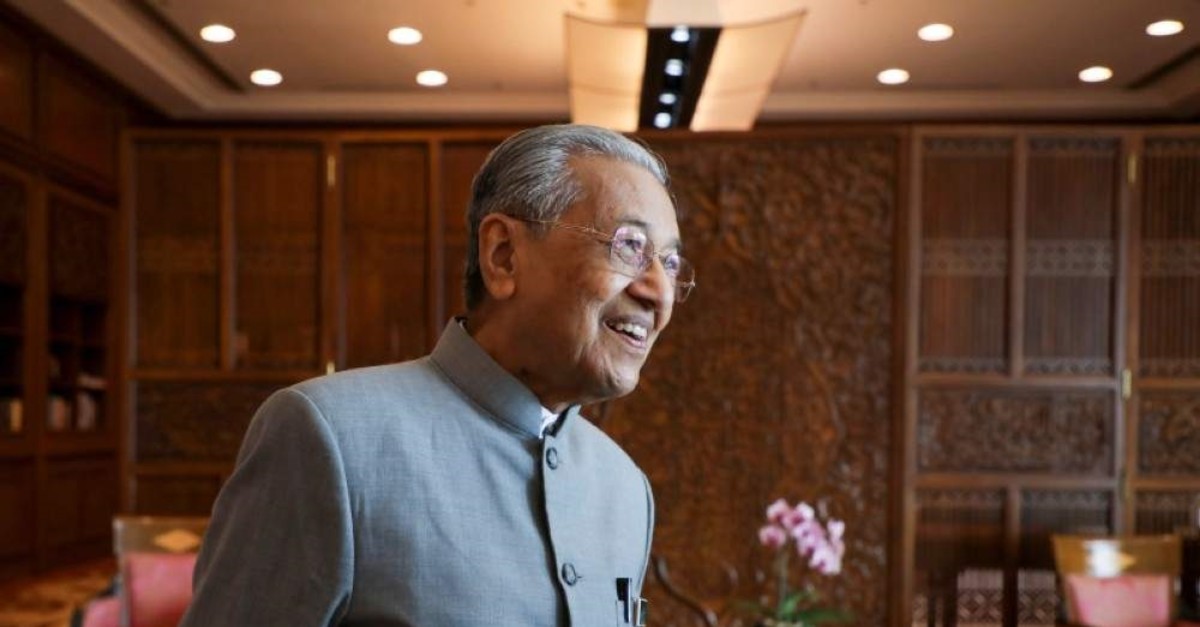 Mahathir, 94, told Reuters in an interview that he would not hand over the office before a summit of Asia-Pacific Economic Cooperation (APEC) countries that Malaysia is to host in November but could be ready after that.

"I made a promise to hand over and I will, accepting that I thought that a change immediately before the APEC summit would be disruptive," Mahathir said.

"As far I'm concerned, I'm stepping down and I'm handing the baton to him. If people don't want him, that is their business, but I will do my part of the promise ... irrespective of whatever allegation. I made my promise, I keep my promise," he said.

Anwar is currently facing sexual assault allegations, which he denies and says are political in nature.

Asked if a handover could come in December 2020, Mahathir said: "We'll look at that when the time comes."

The turbulent relationship between the two men – allies turned fierce rivals who later reunited to win power – has shaped politics in the Southeast Asian country for decades.

Mahathir was unexpectedly elected in 2018 as the head of a coalition government whose largest party is led by Anwar, 72, who has been jailed twice.

It is Mahathir's second stint as Malaysia's premier, a post he previously held for 22 years from 1981 to 2003. Anwar was his deputy from 1993 to 1998, when the two fell out. Anwar was jailed the following year.

Although Mahathir promised to hand over to Anwar during the 2018 election campaign, doubts grew over his intentions when he later said he needed more time to steer the heavily-indebted country out of its troubles first.

Mahathir said he hoped for an out-of-court settlement with Goldman Sachs soon over the 1MDB scandal that sent Malaysia's debt soaring.

He also raised the possibility of selling stakes in state energy firm Petronas to oil and gas-rich provinces.

Firing back responses to questions from his perch on a sofa in his palatial office at Putrajaya on the outskirts of Kuala Lumpur, Mahathir said he did not feel tired despite his age because he was satisfied by his work.

As well as planning to be the first leader in the world to host the APEC summit twice, Mahathir has been pushing to cement his legacy as a leader in the Muslim world.

A summit in Kuala Lumpur next week would bring leaders from Iran, Pakistan, Turkey and other Muslim countries, officials said. Mahathir said the meeting would look into situations where Muslims were being oppressed.

That would include allegations of rights abuses against Uighur Muslims in China's Xinjiang region, Mahathir said, while adding prospects for action by the Muslim world were limited.

"Taking a stand is one thing, doing something that can improve this situation is another thing. You take a stand which may well result in more pressures being applied and it is not going to do us any good," he said.

"The Muslim world cannot challenge anybody. We are very weak. Anybody can manipulate us, they can even make us fight each other. That's how we are," he said.

Mahathir has in the past said that China was too powerful to challenge over the accusations in Xinjiang, which China denies.

He has not spared Southeast Asian nation Myanmar from criticism over treatment of Rohingya Muslims after more than 700,000 were driven into Bangladesh by a military crackdown in 2017.

With Myanmar's de facto leader Aung San Suu Kyi set to defend Myanmar against accusations at the World Court in The Hague this week, Mahathir said he hoped that abuses would be recognized and accepted.