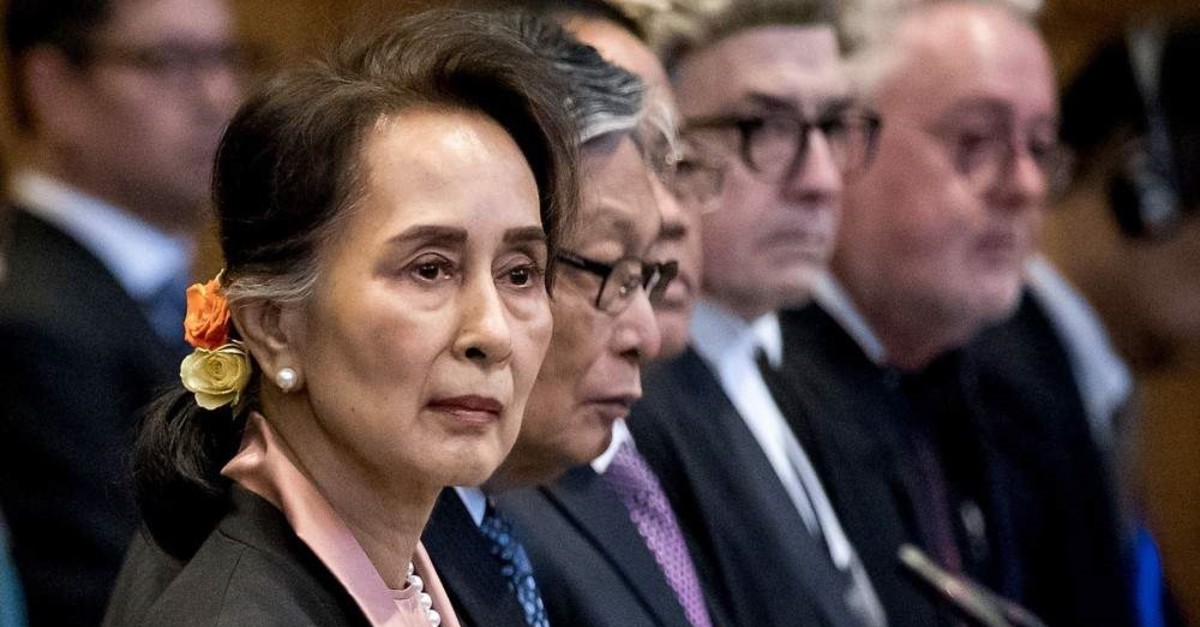 The justice minister of Gambia appealed to the U.N.’s top court on Tuesday to recognize that genocide against Myanmar's Rohingya minority took place and to ensure it does not continue, as Myanmar leader Aung San Suu Kyi prepared to defend the actions of her country's military.

Former pro-democracy icon Suu Kyi watched from the front row as lawyers gave the International Court of Justice detailed accounts of Rohingya men, women and children killed and the destruction of tens of thousands of Muslim minority homes in Myanmar's northern Rakhine state.

“It is indeed sad for our generation that 75 years after humankind committed itself to the words ‘never again,’ another genocide is unfolding right before our eyes,” Gambian Justice Minister Aboubacarr Tambadou told the court in The Hague. “Yet we do nothing to stop it.”

“This is a stain on our collective conscience, and it will be irresponsible for any of us to simply look the other way and pretend that it is not our business,” he said.

During three days of court proceedings, Suu Kyi, a Nobel Peace laureate, is expected to repeat denials of genocide. This week's proceedings before a panel of 17 judges will not deal with the core allegation of genocide, but Gambia has requested a court order for Myanmar to halt any activity that may aggravate the dispute. The tribunal, also known as the World Court, has no enforcement powers, but its rulings are final and have significant legal weight.

Myanmar’s military began a harsh counterinsurgency campaign against the Rohingya in August 2017. More than 700,000 Rohingya fled to neighboring Bangladesh to escape what an ethnic cleansing campaign involving mass rapes, killings and the torching of homes.

The head of a U.N. fact-finding mission on Myanmar warned in October that “there is a serious risk of genocide recurring.” The mission also found that Myanmar should be held responsible in international legal forums for alleged genocide against the Rohingya.

The Myanmar government has long been blamed for genocide against the minority Muslim Rohingya community in western Rakhine state. Myanmar vehemently denies allegations of genocide. The exodus of Rohingya began in August 2017 after Myanmar security forces launched a brutal crackdown following attacks by an insurgent group on guard posts.

The report wrapping up two years of documentation of human rights violations by security forces revealed that counterinsurgency operations in 2017 included “genocidal acts.” The scale, organization and ferocity of the operation led to accusations from the international community, including the U.N., of ethnic cleansing and genocide. Rohingya Muslims are the most persecuted minority in the world, according to U.N. figures, and continue to suffer from oppression under the Myanmar government, the army and Buddhist extremists.

Suu Kyi, who was awarded the 1991 Nobel Peace Prize for championing democracy and rights under Myanmar’s then-ruling junta, sat attentively in the front row as Gambia's representatives made their case. She is leading the Myanmar delegation to The Hague in her capacity as foreign minister.

Scores of Rohingya supporters gathered outside the court behind a banner reading “Stop Genocide.” Some carried photos of Suu Kyi with “Shame” and “agent of the military" written under them.

The International Court of Justice hearing is set for an extraordinary scene on Wednesday, when Suu Kyi – once a global beacon of hope for human rights –expected to defend the actions of an army that held her under house arrest for years.

A group of seven fellow Nobel Peace Prize winners has called on Suu Kyi “to publicly acknowledge the crimes, including genocide, committed against the Rohingya. We are deeply concerned that instead of condemning these crimes, Aung San Suu Kyi is actively denying that these atrocities even occurred. “

They wrote in a signed statement ahead of the court hearing, which runs until Thursday, that “Aung San Suu Kyi must be held criminally accountable, along with her army commanders, for crimes committed.”