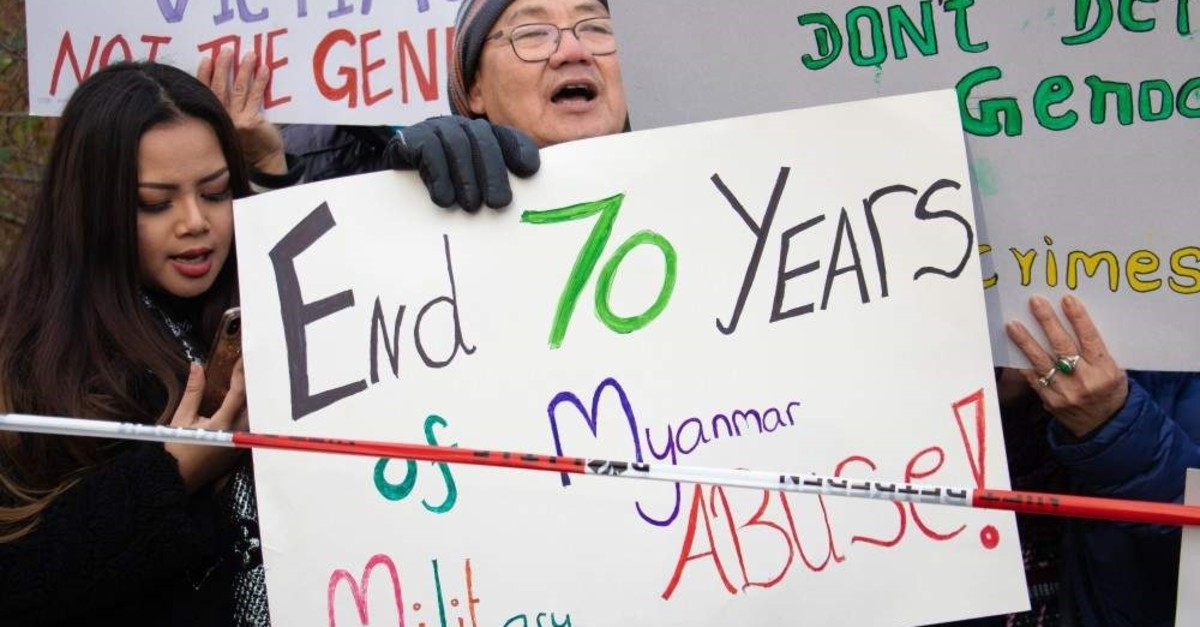 Rohingya refugees accused Nobel laureate Aung Suu Kyi, who is also Myanmar's de facto ruler, of lying to the International Court of Justice (ICJ) in testimony Wednesday in which she denied that her country's armed forces were guilty of genocide against the Muslim minority group.

"The world will judge their claim of no genocide with evidence," said a Rohingya leader, Mohammed Mohibullah, who is chairman of the Arakan Rohingya Society for Peace and Human Rights. "A thief never admits he is a thief, but justice can be delivered through evidence. The world has obtained evidence from us,” he said at the Kutupalong refugee camp in Bangladesh's Cox’s Bazar district. "Even if Suu Kyi lies, she won’t be spared. She will certainly face justice. The world should take steps against her."

Defying a U.N. report on Rohingya suffering and global condemnations, Suu Kyi defended her country at the ICJ in The Hague, saying that there was no "genocidal intent" in Myanmar's crackdown on Rohingya Muslims. Once hailed worldwide as a human rights icon for her defiance of Myanmar's junta, Suu Kyi was this time on the side of the generals when she opened Myanmar’s defense at the ICJ while admitting that the army may have used excessive force.

A U.N.-established investigation earlier recommended the prosecution of Myanmar’s top military commanders on charges of genocide, war crimes and crimes against humanity for the crackdown on the Rohingya. Earlier this year, the U.N. Independent International Fact-Finding Mission on Myanmar said rapes of Rohingya by Myanmar’s security forces were systemic and demonstrated the intent to commit genocide.