India shuts down internet in flashpoint city amid protests 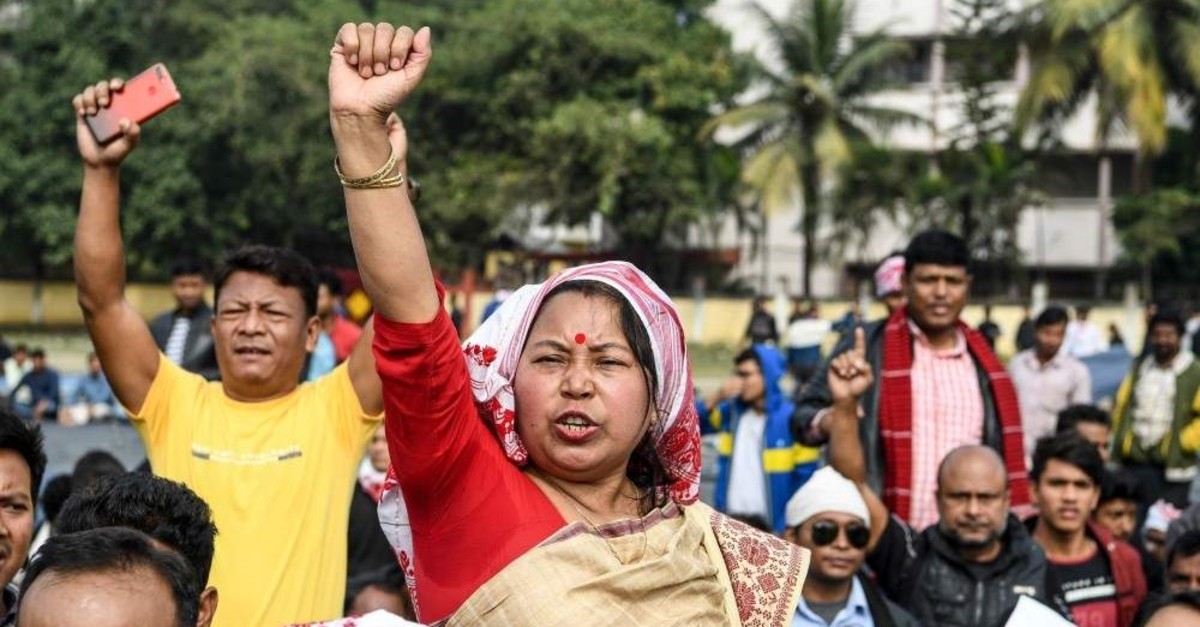 Internet access was cut in India's northeastern city of Guwahati on Friday as thousands gathered for fresh protests against a new citizenship law, a day after police shot dead two demonstrators.

Protests erupted this week after the government introduced new legislation that many in the far-flung northeast believe will give citizenship to immigrants from neighboring Bangladesh, and which other critics say is anti-Muslim.

On Friday morning thousands gathered in central Guwahati as riot police looked on, with residents hurrying out to buy essentials.

No fresh violence was reported but Guwahati and other areas remained littered from the detritus of recent days, with some roads blocked by fallen trees, concrete poles, stones and iron railings. Many cash machines have run out of cash and most petrol stations were also shut.

A local government official said that internet access in the Guwahati, the main city of Assam state, had been cut and a French Press Agency (AFP) reporter confirmed that connections appeared to have been suspended.

The Meghalaya state government has also cut off mobile internet, with parts of the capital Shillong brought under curfew since Thursday evening.

Japan's Prime Minister Shinzo Abe was planning to scrap a visit to the city due to begin on Sunday as the security situation deteriorated, media reported Friday. The Japanese leader had been slated to hold talks with Prime Minister Narendra Modi.

On Thursday, police had fired live and blank rounds as thousands of demonstrators in Guwahati and elsewhere took to the streets, some vandalizing property and torching vehicles.

The two demonstrators killed in the city were among around 20 people being treated in hospital, "a few" of whom had gunshot wounds, said Ramen Talukdar, a doctor at a Guwahati hospital.

Hundreds of passengers stuck at Guwahati airport were brought to the city on government buses with police escort in the early hours of Friday morning.

Several thousand troops have been drafted in to help police, who fired tear gas and charged demonstrators with batons, in recent days.

Security was increased at the Bangladeshi consulate in Guwahati after a vehicle in the consul's convoy was attacked Wednesday by mobs, the foreign ministry in Dhaka said.

"They cant settle anyone in our motherland. This is unacceptable. We will die but not allow outsiders to settle here," Manav Das, a protester told AFP on Friday.

The Citizenship Amendment Bill (CAB), signed into law by the Indian president late Thursday, allows for the fast-tracking of applications from religious minorities from three neighboring countries, but not Muslims.

For Islamic groups, the opposition and rights groups, it is part of Modi's Hindu nationalist agenda to marginalize India's 200 million Muslims. He denies this.

The U.S. State Department on Thursday urged India to "protect the rights of its religious minorities," according to Bloomberg.

But many in India's northeast object for different reasons, fearing that immigrants from Bangladesh — many of them Hindus — will become citizens, taking jobs and weakening the local culture.

The chief ministers of the states of Punjab in the north and Kerala in the south also said that they would not implement the law, the Hindu daily reported.