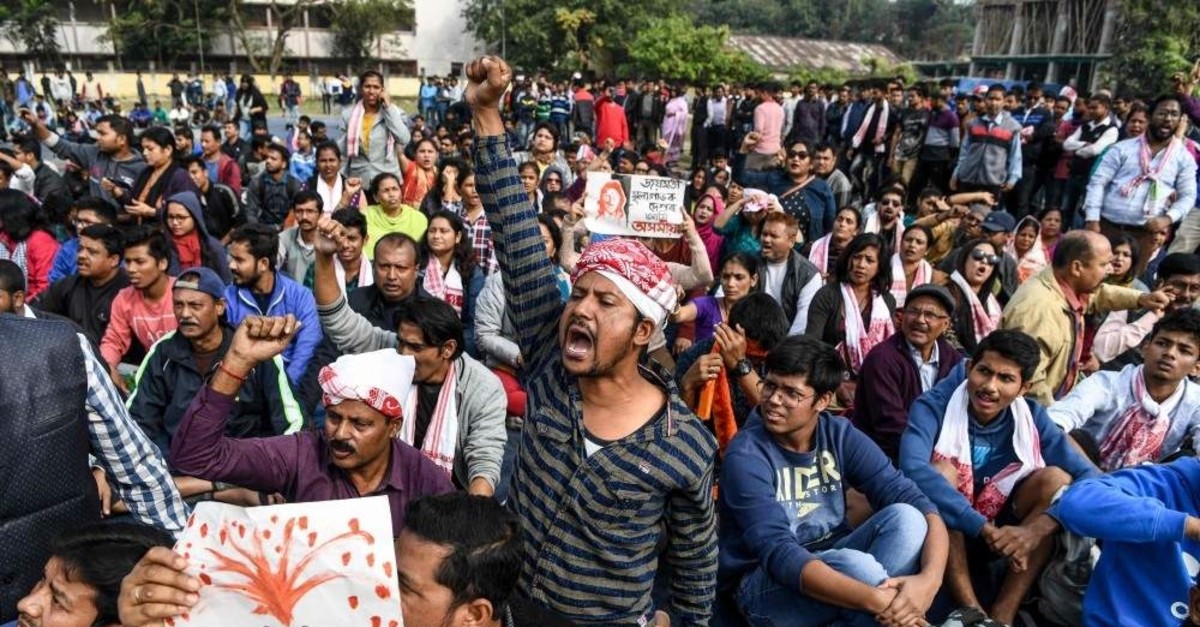 The U.N. human rights office voiced concern Friday that India's new citizenship law is "fundamentally discriminatory in nature" and called for it to be reviewed. The new law does not extend the same protection to Muslim migrants as to other religious minorities thereby undermining India's commitment to equality before the law, enshrined in the Constitution, U.N. human rights spokesman Jeremy Laurence said. "We understand the new law will be reviewed by the Supreme Court of India and hope it will consider carefully the compatibility of the law with India's international human rights obligations," Laurence told a Geneva briefing.

Condemnations have grown this week over the Indian government’s contentious citizenship bill, which discriminates against the country’s 200 million Muslims as part of the Hindu-nationalist government’s agenda. Human rights watchdog Amnesty India said it legitimized discrimination on the basis of religion and stood in clear violation of India's Constitution and international human rights laws.

The Citizenship Amendment Bill (CAB) allows New Delhi to grant citizenship to illegal immigrants who entered India from three neighboring countries before 2015 – but not if they are Muslim. The bill was approved by President Ram Nath Kovind and the new law comes into effect with its publication in the government gazette late Thursday night, a Home Ministry official said. The bill triggered protests in India's northeastern states of Assam and Tripura, where curfews were imposed across major cities and towns. Two protesters caught in the crossfire were killed during clashes in Assam's main city of Guwahati Thursday, police said. Local media also reported a third death that the police have not yet confirmed.

The bill's passage follows a contentious citizenship registry exercise in Assam intended to identify legal residents and weed out those in the country illegally. In 2018, the Indian government excluded more than 4 million people from a draft list of citizens in the border state of Assam, mostly Bengali-speaking Muslims who could not produce valid documents. The move created fear among Muslims who believe that their fundamental rights as Indian citizens are under risk.