US to announce withdrawal of 4,000 troops from Afghanistan: media 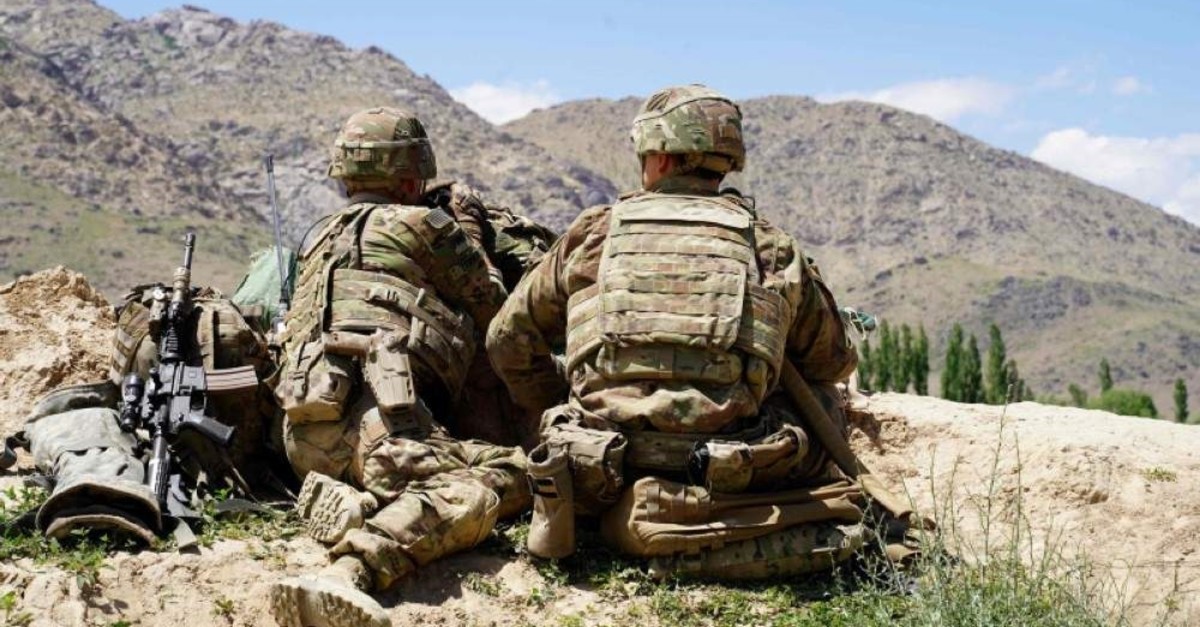 In this file photo taken June 6, 2019, U.S. soldiers look out over hillsides at the Afghan National Army (ANA) checkpoint in the Nerkh district of Wardak province. (AFP)
by Dec 15, 2019 7:50 pm
The Trump administration will announce as early as this week plans to withdraw around 4,000 troops from Afghanistan, U.S. media reported.
Talks between the United States and the Taliban resumed a week ago as the parties sought a path to reduce violence or even reach a cease-fire.
They were paused by Washington on Thursday, however, after an attack by the militant group near a key U.S. air base north of Kabul that left two civilians dead and dozens injured.
Approximately 13,000 U.S. troops are currently in Afghanistan, though the number fluctuates according to rotations.
NBC on Saturday cited three current and former U.S. officials as saying the Trump administration intends to announce a drawdown of 4,000 troops from Afghanistan.
Two of those sources said some of the troops would be redeploying early, while others would not be replaced when they end their missions.
The number is in line with figures long floated by the White House.
U.S. President Donald Trump said last month that he planned to reduce the overall troop presence to 8,600, with further reductions possible.
CNN cited one unnamed official in the Trump administration as saying the announcement on a drawdown could happen this week, but that the "timing remains in flux."
A U.S. Forces-Afghanistan spokesman said no orders had been received to reduce troop numbers.
"We remain fully committed to ... ensuring Afghanistan is never again used as a safe haven for terrorists who threaten the United States, our allies or our interests," the spokesman told AFP.
According to a draft agreement from September – reached after lengthy negotiations – the Taliban would be required to commit to certain security measures, agree to talks with the Afghan government and promise a reduction of violence in exchange for a U.S. troop withdrawal.
Trump insisted last month on the need for a cease-fire and made a surprise visit to Bagram air base in Afghanistan to celebrate Thanksgiving with troops and meet Afghan President Ashraf Ghani.
The Republican president has previously indicated he wants to wind down U.S. military entanglements abroad where possible.
In September, he called off talks with the Taliban, angered over the death of a U.S. soldier in a Kabul bombing.
On Dec. 7, negotiations were relaunched in Doha, only to be paused again following last week's Taliban attack near Bagram.
A State Department official told AFP on Sunday that U.S. peace envoy Zalmay Khalilzad, who is leading the talks, was back in Doha, but it was not clear when discussions with the Taliban might resume.
Last Update: Dec 20, 2019 2:24 am
RELATED TOPICS