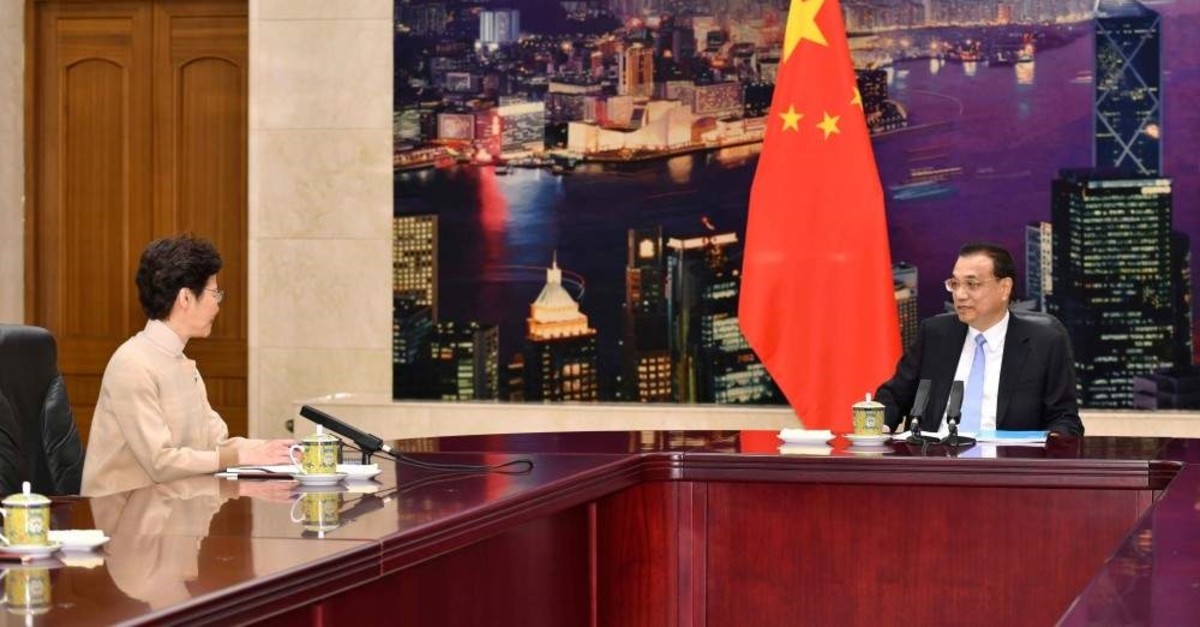 Chinese President Xi Jinping told beleaguered Hong Kong leader Carrie Lam on Monday that she had Beijing's "unwavering support" after another huge rally earlier this month and her government's thrashing at recent local elections. Xi praised Hong Kong Chief Executive Carrie Lam for holding fast to the principle of “one country, two systems,” and for courage during an “extraordinary period” for Hong Kong.

Lam met with Xi and Premier Li Keqiang during her first visit to Beijing since the local elections held last month. Protesters have called for Lam to stand down as leader but she received the backing of China's leadership during an annual visit to Beijing.

The protests, which show no sign of abating, pose the biggest popular challenge to Chinese President Xi Jinping since he came to power in 2012 and are Hong Kong’s thorniest political crisis since Britain returned it to China in 1997. China earlier condemned “gross interference” by Western countries, especially the U.S. and Britain, while accusing them of fomenting the demonstrations. It has denounced the protests and warned of the damage to the economy of Hong Kong, a major financial center. It also framed the protests as “terrorism,” part of a pattern of increasingly ominous warnings that have raised fears it might deploy force to quell the unrest. In July, China issued a stark reminder that its army could be deployed in Hong Kong if city authorities requested support in maintaining “public order” after weeks of sometimes violent protests. This was the first time Beijing has publicly referred to the possibility of deploying People’s Liberation Army (PLA) personnel to deal with the unrest in Hong Kong.