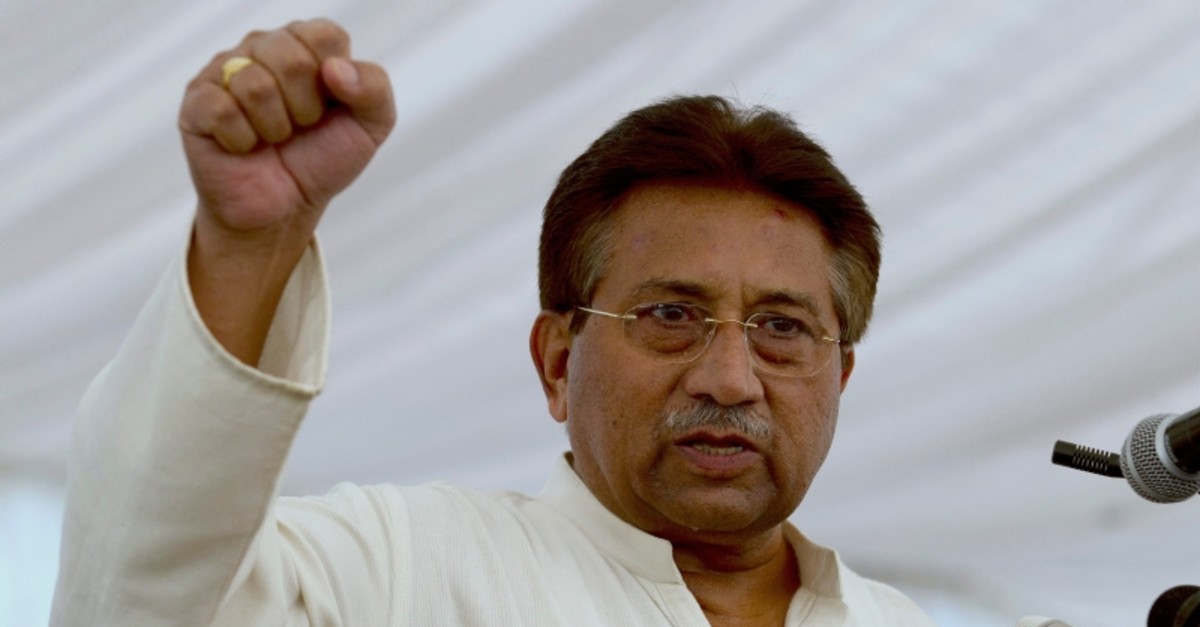 In this Monday, April 15, 2013 file photo, Pakistan's former President and military ruler Pervez Musharraf addresses his party supporters at his house in Islamabad, Pakistan. (AP Photo)
by Compiled from Wire Services Dec 17, 2019 10:47 am

A court in Pakistan on Tuesday handed a death sentence to former military ruler Pervez Musharraf on treason charges for suspending the country's constitution in 2007. The three-judge special court announced the decision in the capital Islamabad after six years of trial against Musharraf, who ruled Pakistan between 1999 and 2008.

Musharraf, now living in exile on Dubai, overthrew then-Prime Minister Nawaz Sharif in a bloodless military coup in 1999 and became prominent on the world stage after joining the U.S.-led war on terrorism in Afghanistan. The ex-strongman suspended the constitution in 2007 to purge the higher judiciary to avoid legal challenge to his rule. In March 2014, Musharraf was charged with high treason for implementing emergency rule and suspending the Constitution in 2007. In August 2017, he was declared an "absconder" by Pakistan's anti-terrorism court in the verdict on the 2007 murder of Benazir Bhutto, a two-time prime minister.

The court, in its short order Tuesday, said after analyzing complaints, records, arguments and facts in the case for three months, it found Musharraf guilty of high treason according to Article 6 of the Constitution of Pakistan. It was a majority verdict, with two of the three judges making the decision against Musharraf.

Generals have ruled Pakistan for almost half of the country's existence since it gained independence from Britain in 1947. This is the first time Pakistani courts have intervened with powerful military leadership.