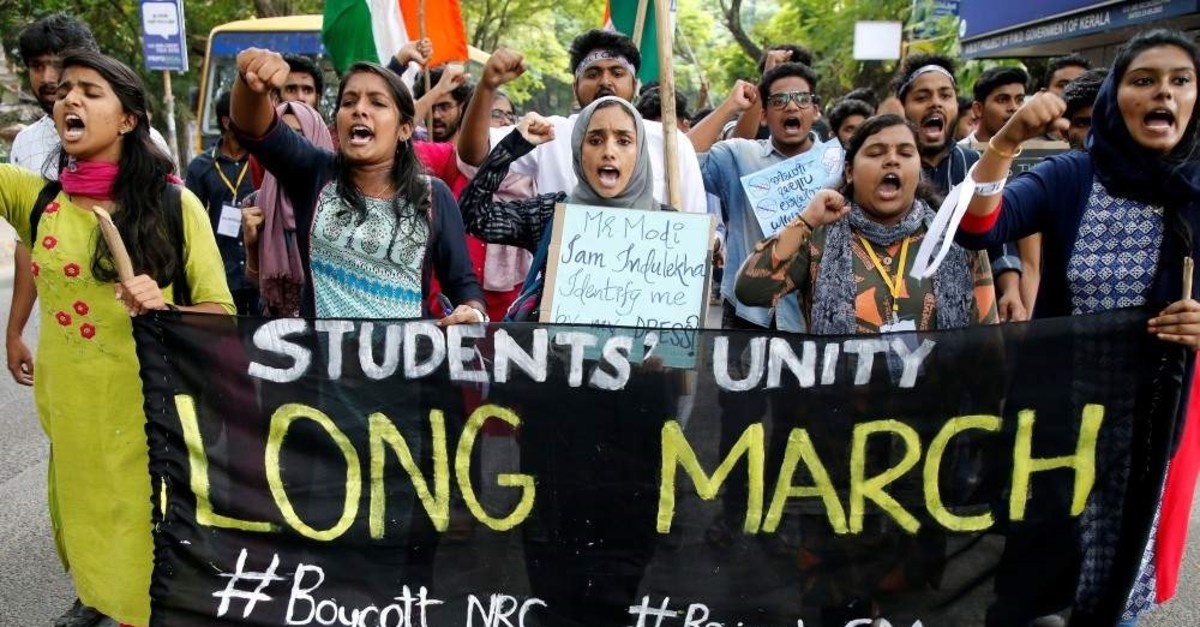 As the student-led protest movement against the anti-Muslim citizenship law has spread nationwide, the U.N. is voicing concern over the violence and alleged use of excessive force by Indian security forces. About 1,500 people have been arrested for violence, including arson and vandalism, during student protests. In addition, police fatally shot five protesters in the state capital of Gauhati while attempting to restore order to a city that has been engulfed in demonstrations.

The Citizenship Amendment Act grants citizenship to non-Muslims from three neighboring countries in what opponents say is part of Prime Minister Modi’s Hindu nationalist master plan. Modi has said Muslims from Pakistan, Bangladesh and Afghanistan are not covered by the citizenship law because they have no need for India’s protection.

Authorities tightened restrictions on protesters, creating an internet block and a curfew in Assam, where protests since the law's passage a week ago have disrupted life in Gauhati, the state capital. They also restricted assembly in a Muslim neighborhood in New Delhi where demonstrators Tuesday burned a police booth and several vehicles.

After India's Supreme Court postponed hearing challenges to the law Wednesday, huge demonstrations erupted in Gauhati, in Chennai, in the southern state of Tamil Nadu, and in Mumbai, India's financial capital. Protesters also rallied in Srinagar, the main city in disputed Kashmir and in the tourist mecca of Jaipur in the desert state of Rajasthan, and threw stones at buses in Kochi, the capital of the southernmost state of Kerala.