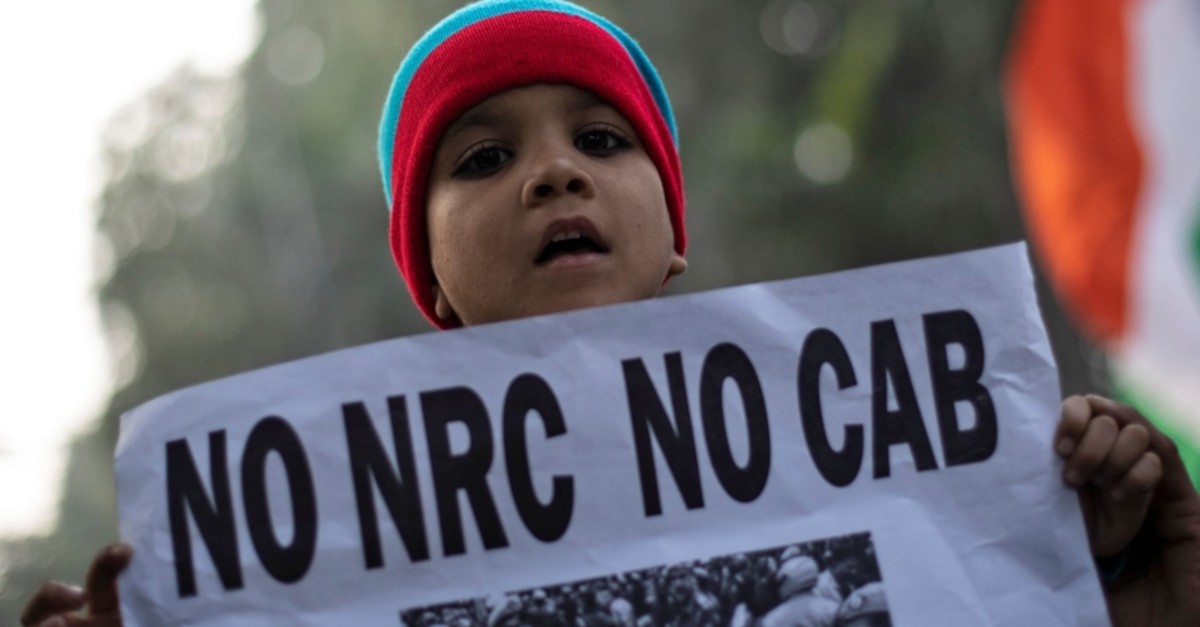 The death toll from protests across India rose to 26 on Sunday as demonstrations against a controversial citizenship bill continued, police said.

The center of protests is the northern state of Uttar Pradesh (UP) where a large Muslim minority lives.

The state government said it has arrested six people associated with Islamic outfits blaming them for the violence.

Internet services have been suspended across several districts of the state until Monday.

Muslim leaders believe the new law will be linked to a nationwide exercise where every citizen would be asked to prove Indian citizenship.

More than 100 people have also been arrested in different parts of the state in connection with violent protests, said an official.

The backlash against the law pushed through parliament by India's Hindu nationalist government on Dec. 11 marks the strongest show of dissent since Modi was first elected in 2014.

There have been growing questions about the stance of the government, led by Modi's Hindu-nationalist party, toward India's 172 million Muslims.

The law grants citizenship to non-Muslims from three neighboring countries in what opponents say is part of Modi's Hindu nationalist master plan. Modi has said Muslims from Pakistan, Bangladesh and Afghanistan are not covered by the citizenship law because they do not need India's protection.

The citizenship law follows the revocation of the special status of the Muslim-majority Kashmir region, and a court ruling clearing the way for the construction of a Hindu temple on the site of a mosque razed by Hindu zealots.

It also follows a contentious citizenship registry process in northeastern India's Assam state intended to weed out people who immigrated to the country illegally. Nearly 2 million people in Assam were excluded from the list, about half Hindu and half Muslim, and have been asked to prove their citizenship or else be considered foreign.