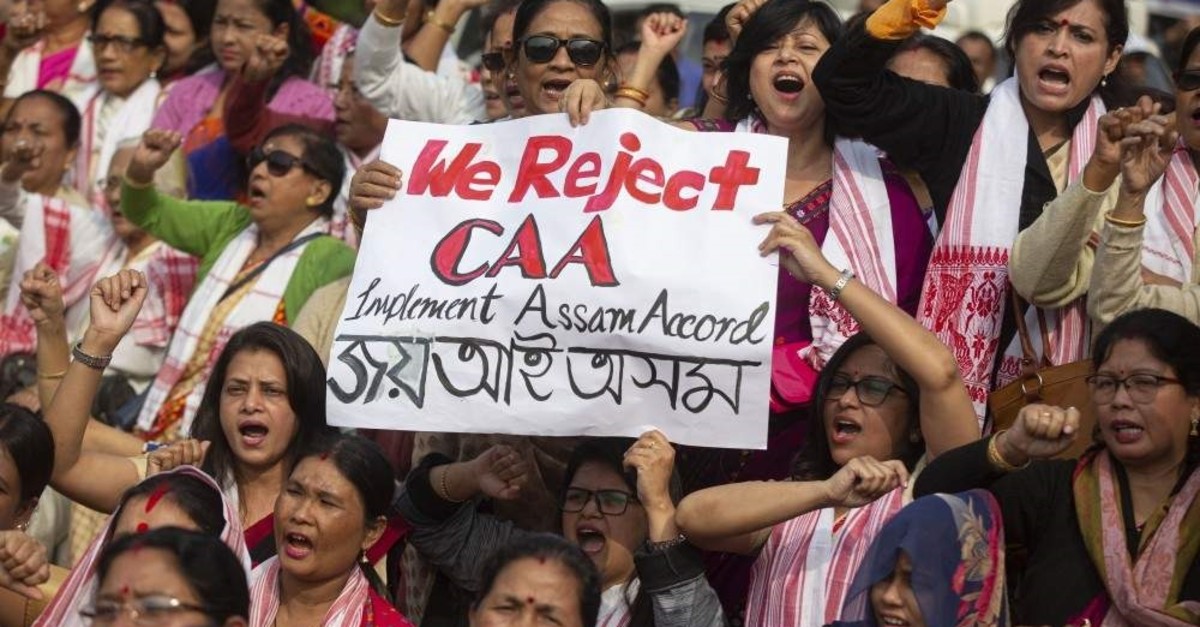 Indian Prime Minister Narendra Modi, known for his anti-Muslim and strong nationalist stances, defended the citizenship law while calling on his supporters to 'stand up' in a move that could trigger sectarian conflict

India's secularism is under threat as the Indian government passed a law, which grants citizenship to persecuted minorities except for Muslims. The law is considered to be a violation of secularism as the country's constitution declares that Indian citizenship cannot be based on religion. However, the populist politics of the current government have gradually led to an anti-Muslim stance in the country, including the demolishment of mosques. Not only Muslims but also anti-government circles are organizing mass demonstrations.

India's new citizenship law came as an amendment of legislation dating back to 1995. While the law allows giving Indian citizenship to persecuted minorities like Hindus, Sikhs, Buddhists, Jains, Parsis and Christians from neighboring countries like Bangladesh, Afghanistan or China, Muslims are excluded.

This is the case despite the fact that Muslims are being subjected to persecution by several countries or groups in the region. The law is seen as the latest populist policy, adopted by Prime Minister Narendra Modi after changing Kashmir's status and an array of anti-Muslim policies.

Last August, the special status granted to the Kashmir and Jammu region by the Indian constitution in 1954 was revoked. Kashmiris have been stripped of certain rights, including buying property or holding government positions. Despite Pakistan's objections and threats, the Indian government said the region will be directly ruled by New Delhi as one of its provinces. Modi has repeatedly claimed that "a new era has begun" for Kashmir. Since then, traditional Friday sermons have not been held in Kashmir's Grand Mosque. Since the partition of India by the British in 1947, Kashmir has remained one of the most controversial areas in the world, posing a constant threat to peace in the region. Following the partition of the country into Pakistan and India, the sectarian conflict was crystallized.

Now, the anti-Muslim citizenship legislation has been passed after great endeavors by the ruling party, Bharatiya Janata Party (BJP). The opponents in the Indian assembly said this legislation would create a feeling of exclusion among India's Muslims. More than 200 million Muslims live in India. Several political parties have filed petitions to the Indian Supreme Court for the annulment of the legislation.

Moreover, thousands of people took to the streets in several cities. The clashes with security forces left dozens of dead. While it is feared that the situation may trigger a sectarian conflict within the country, Modi's efforts are not to calm people but, on the contrary, to polarize them. He organized a rally in New Delhi to consolidate his supporters. He asked people to "stand up and show respect for elected members of Parliament," and its decisions. Modi is known for his anti-Muslim and strong nationalist stances, which cause fears among Indians since India is an unprecedentedly multi-ethnic and multi-religious country. However, Modi's policies are feared to be marginalizing the country's Muslims.