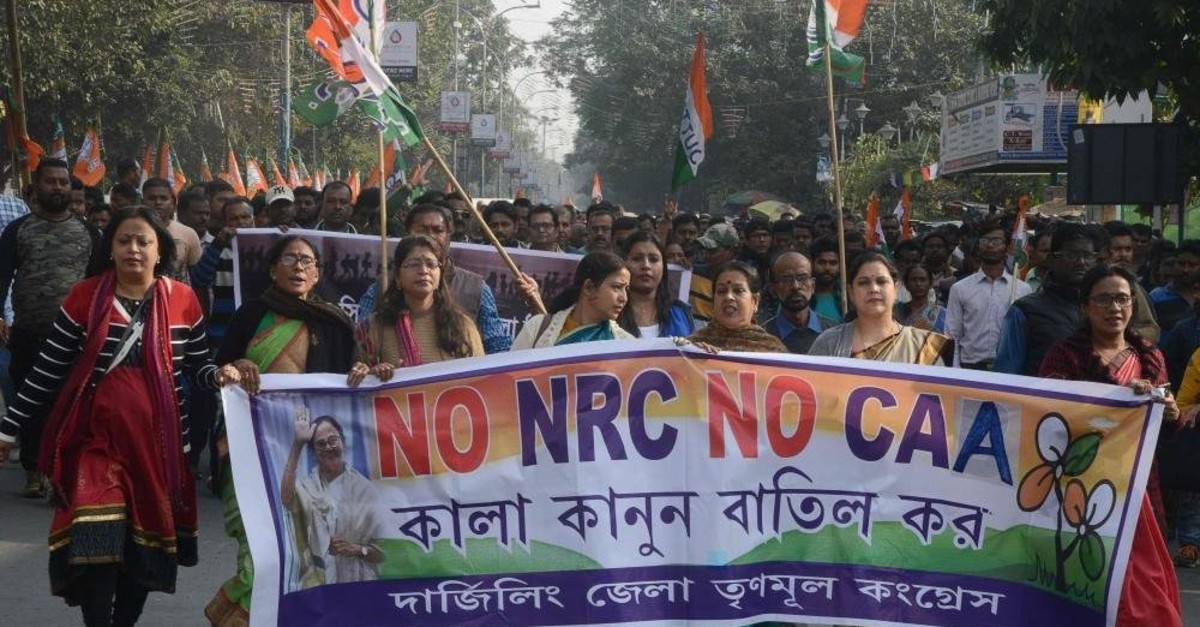 India's main opposition party staged a silent protest in the capital Monday against a contentious new citizenship law, a day after Prime Minister Narendra Modi defended the legislation at a rally in New Delhi and accused the opposition of pushing the country into a "fear psychosis."

More than 100,000 people joined what police described as a peaceful march against the law in the southern city of Chennai, a spokesman for the DMK regional party said.

The protest, led by Congress party chief Sonia Gandhi, comes at a time when tens and thousands of demonstrators have taken to India's streets to call for the revocation of the law, which critics say is the latest effort by Modi's government to discriminate against the country's 200 million Muslims.

Twenty-three people have been killed nationwide since the citizenship law was passed in Parliament earlier this month in protests that represent the first major roadblock for Modi's Hindu nationalist agenda since his party's landslide reelection last spring. Most of the deaths have occurred in the northern state of Uttar Pradesh, where 20% of the state's 200 million people are Muslim.

The backlash against the law pushed through parliament by India's Hindu nationalist government on Dec. 11 marks the strongest show of dissent since Modi was first elected in 2014.

India, with a population of over 1.3 billion, is 80% Hindu and 14% Muslim, which means it has one of the largest Muslim populations of any country in the world. There have been growing questions about the stance of the government, led by Modi's Hindu-nationalist party, toward India's 172 million Muslims.

The new law grants citizenship to non-Muslims from three neighboring countries in what opponents say is part of Modi's Hindu nationalist master plan. Modi has said Muslims from Pakistan, Bangladesh and Afghanistan are not covered by the citizenship law because they do not need India's protection.

The citizenship law followed the revocation of the special status of the Muslim-majority Kashmir region and a court ruling clearing the way for the construction of a Hindu temple on the site of a mosque razed by Hindu zealots. It also follows a contentious citizenship registry process in northeastern India's Assam state intended to weed out people who immigrated to the country illegally. Nearly 2 million people in Assam were excluded from the list, about half Hindu and half Muslim, and have been asked to prove their citizenship or else be considered foreign.

Despite the prime minister's assertion, the northeastern state of Assam has six detention centers holding more than 1,000 alleged illegal migrants and plans another 11. India's junior home minister has told parliament that 28 detainees have died in the camps in recent years. The Home Ministry in June issued a "2019 Model Detention Manual" to states, asking them to set up camps in major entry points. Two centers were planned near the cities of Mumbai and Bangalore.

Modi also said that there had been "no discussion" about a nationwide "register of citizens," which many Muslims in India fear is targeted mainly at them. Home Minister Amit Shah, Modi's right-hand man, has said repeatedly that such an exercise will take place aimed at removing all "infiltrators" from India.