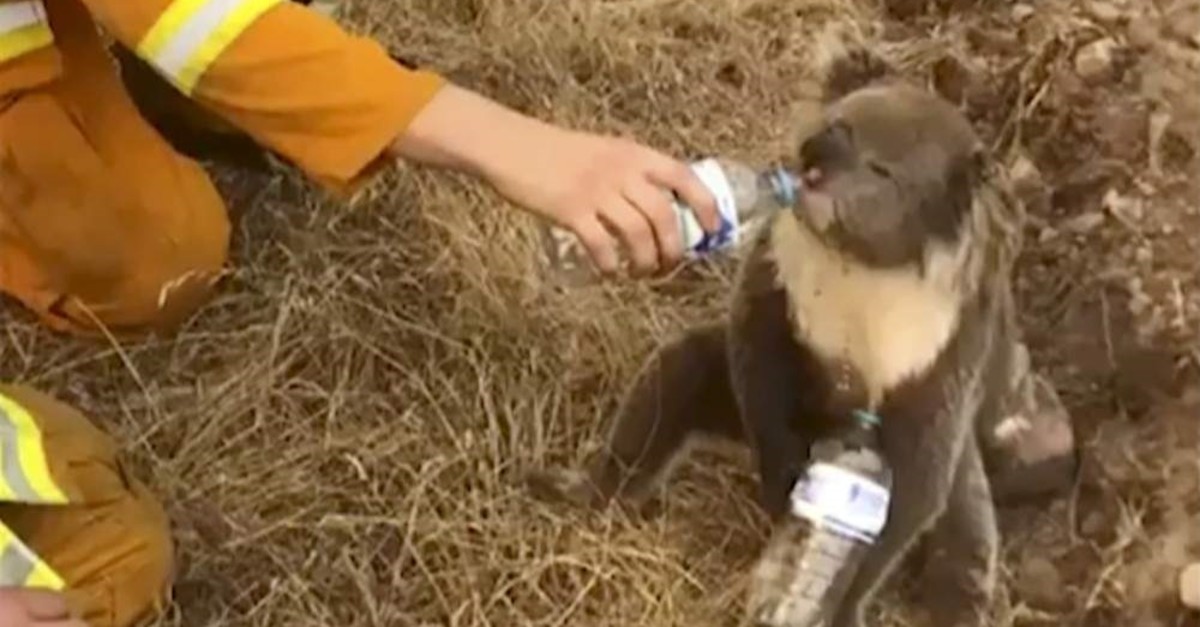 In this image made from video taken on Dec. 22, 2019, and provided by Oakbank Balhannah CFS, a koala drinks water from a bottle given by a firefighter in Cudlee Creek, South Australia (AP Photo)
by Associated Press Dec 28, 2019 8:30 pm

Thousands of koalas are feared to have died in a wildfire-ravaged area north of Sydney, further diminishing Australia's iconic marsupial, while the fire danger increased in the country's east Saturday as temperatures soared.

The mid-northern coast of New South Wales was home to up to 28,000 koalas, but wildfires have significantly reduced their population in recent months. Koalas are native to Australia and are one of the country's most beloved animals, but they have recently been under threat due to a loss of habitat.

"Up to 30% of their habitat has been destroyed," Australia's environment minister, Sussan Ley, told the Australian Broadcasting Corporation. "We'll know more when the fires are calmed down and a proper assessment can be made."

Images shared of koalas drinking water after being rescued from the wildfires have gone viral on social media in recent days. "I get mail from all around the world from people absolutely moved and amazed by our wildlife volunteer response and also by the habits of these curious creatures," Ley said.

About 5 million hectares of land have burned nationwide during the wildfire crisis, with nine people killed and more than 1,000 homes destroyed.

Fire danger in New South Wales and the Australian Capital Territory was upgraded to "severe" Saturday, as high temperatures built up over the region. Sydney's western suburbs reached 41 degrees Celsius, while the inner city is expected to hit 31 degrees Celsius Sunday before reaching 35 degrees Celsius Tuesday.

Two wildfires in New South Wales are at the "watch and act" level issued by fire services.

Morrison, who apologized for going away, eventually cut short his vacation and returned to Sydney last weekend.

Elliott said he will be briefed daily while overseas. "If the bushfire situation should demand it, I will return home without hesitation," he said.