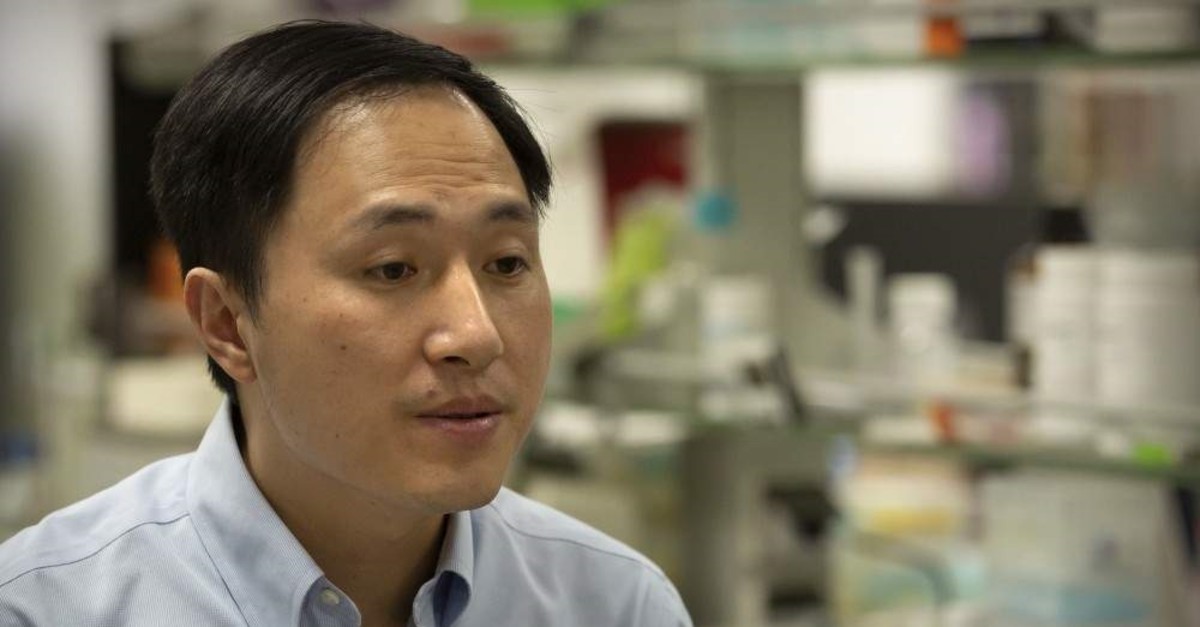 In this Oct. 10, 2018, photo, Chinese scientist He Jiankui speaks during an interview at his laboratory in Shenzhen in southern China's Guangdong province. (AP Photo)
by Associated Press Dec 30, 2019 9:17 am

The report by Xinhua news agency said lead researcher He Jiankui was sentenced to three years and fined 3 million yuan ($430,000).

Two other people received lesser sentences and fines. Zhang Renli was sentenced to two years in prison and fined 1 million yuan. Qin Jinzhou received an 18-month sentence, but with a two-year reprieve, and a 500,000 yuan fine.

He, the lead researcher, said 13 months ago that he had helped make the world's first genetically edited babies, twin girls born in November 2018. The announcement sparked a global debate over the ethics of gene editing.

He also was involved in the birth of a third gene-edited baby.