4,000 trapped at Australian town's waterfront due to raging wildfires 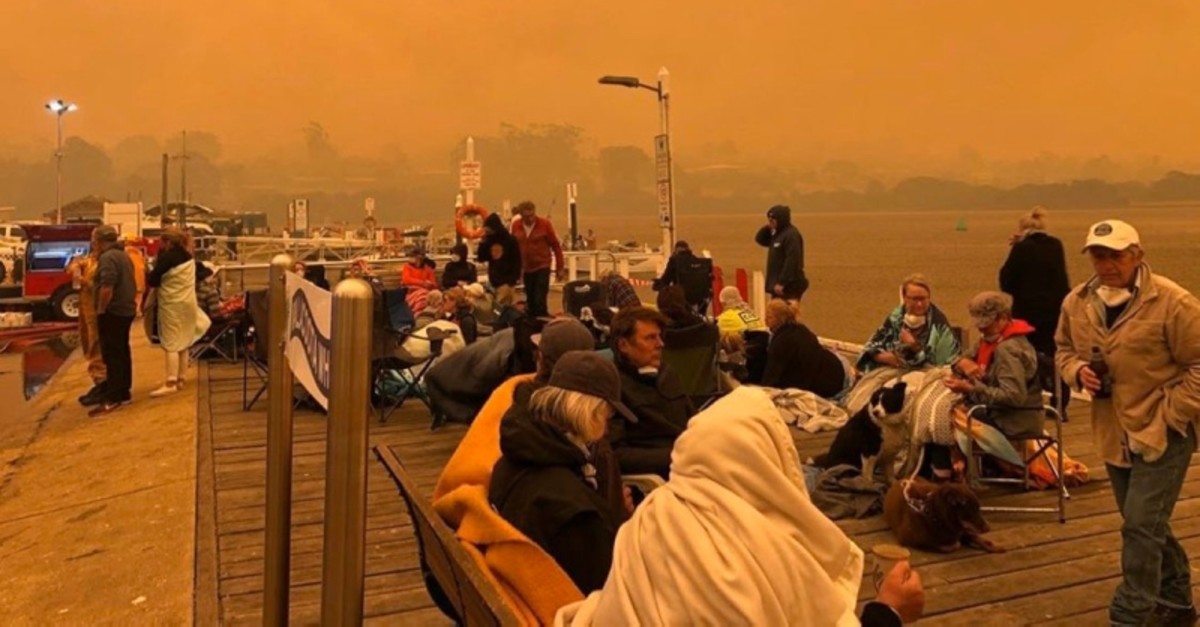 In the southeastern town of Mallacoota, around 4,000 residents fled toward the waterside as winds pushed an emergency-level wildfire towards their homes. The town was shrouded in darkness from the smoke before turning an unnerving shade of bright red.

He has requested assistance from 70 firefighters from the U.S. and Canada.

New South Wales Police confirmed Tuesday that two men, believed to be father and son, died in a house in the wildfire-ravaged southeast town of Cobargo, while there are fears for another man missing.

The two confirmed deaths raise the toll to at least 12 in Australia's wildfires, which also have razed more than 1,000 homes in the past few months.

A firefighter died Monday when extreme winds flipped his truck. Samuel McPaul, 28, was the third volunteer firefighter in New South Wales to have died in the past two weeks. He was an expectant father.

Some communities have canceled New Year's fireworks celebrations, but Sydney's popular display over its iconic harborfront will go ahead. The city was granted an exemption to a total fireworks ban that is in place there and elsewhere to prevent new wildfires.

Hot temperatures were expected, as was the thick smoke that has shrouded views of the harbor and Sydney Opera House in recent weeks.

The popular celebrations are expected to attract around a million spectators and generate 130 million Australian dollars ($91 million) for the state's economy.