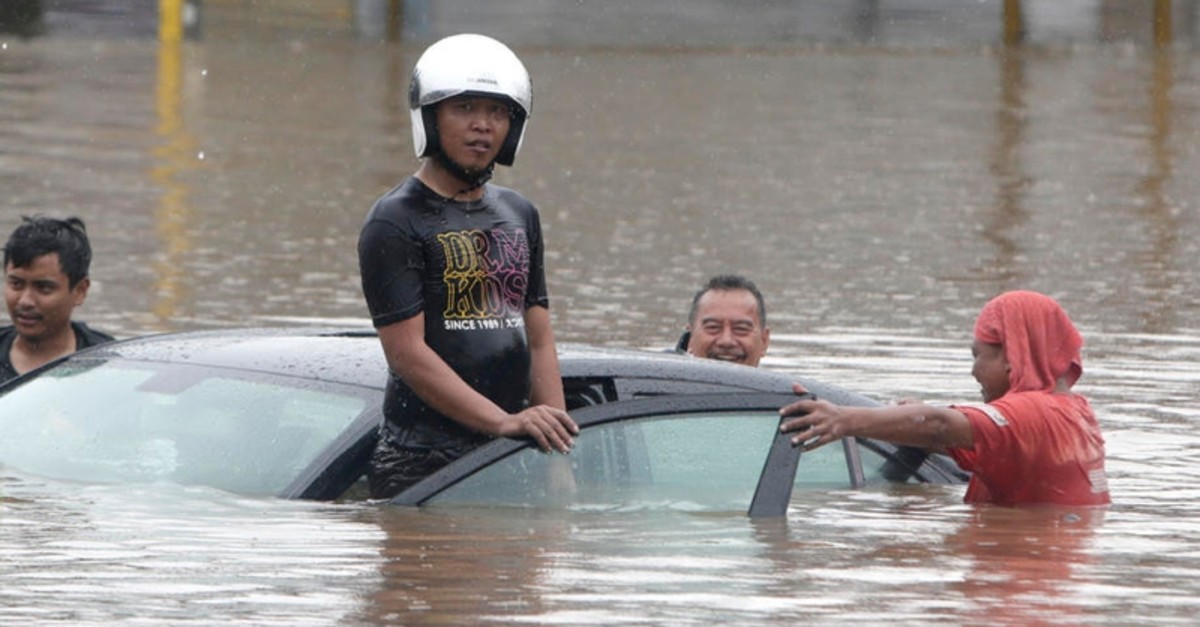 Severe flooding and landslides triggered by torrential rain in Indonesia's capital have killed at least 30 people and displaced tens of thousands, a disaster official said Thursday. Monsoon rains and rising rivers submerged at least 169 neighborhoods in greater Jakarta and caused landslides in the Bogor and Depok districts on Jakarta's outskirts, National Disaster Mitigation Agency spokesman Agus Wibowo said. The floods inundated thousands of homes and buildings and forced authorities to cut off electricity and water and paralyzed transport networks, Wibowo said. He said more than 31,000 people were in temporary shelters after floodwaters reached as high as 2.5 meters (more than 8 feet) in places.

The disaster marked Jakarta's worst flooding since 2013 when dozens were killed after the city was inundated by monsoon rains. The city is regularly hit by floods during Indonesia's rainy season, which started in late November. Authorities said Thursday that some 31,000 people had been evacuated, but that figure did not include residents in Jakarta's satellite cities.

The flooding has highlighted Indonesia's infrastructure problems. Jakarta is home to 10 million people, or 30 million including those in its greater metropolitan area. It is prone to earthquakes and flooding and is rapidly sinking due to uncontrolled extraction of ground water. Congestion is also estimated to cost the economy $6.5 billion a year. President Joko Widodo announced in August that the capital will move to a site in sparsely populated East Kalimantan province on Borneo island, known for rainforests and orangutans.