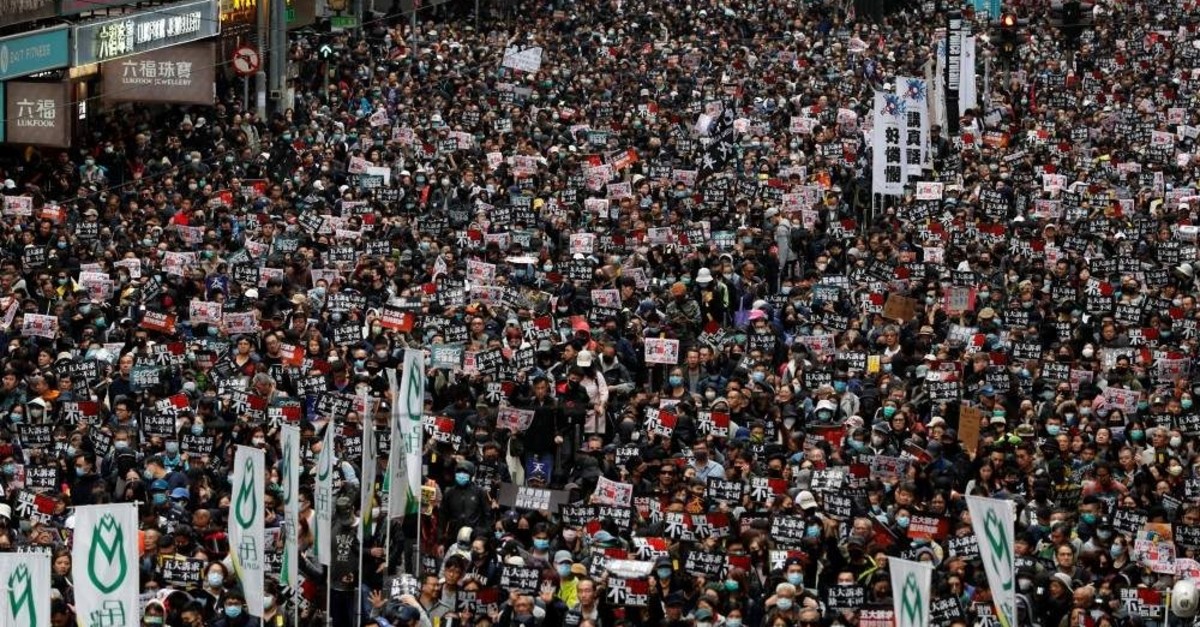 Tens of thousands of anti-government protesters began marching in Hong Kong on New Year's Day, demanding concessions from the city's embattled government as the civil unrest that convulsed the Chinese-ruled city for over half a year spills into 2020.

"It's hard to utter 'Happy New Year' because Hong Kong people are not happy," said a man named Tung, who was walking with his 2-year-old son, mother and niece, as reported by Reuters. "Unless the five demands are achieved, and police are held accountable for their brutality, then we can't have a real happy new year," he added, referring to the push for concessions from the government including full democracy, amnesty for the over 6,500 people arrested so far, and a powerful, independent investigation into police actions.

The pro-democracy march was organized by the Civil Human Rights Front, a group that arranged a number of marches last year that drew millions.

The protests began in June over proposed legislation that could have allowed residents to be extradited to China where they could face possible torture and unfair trials. The legislation was withdrawn, but not before the protests expanded to wider calls for reforms in the semi-autonomous Chinese territory. Hong Kong toned down its New Year's celebrations amid the protests, which have dealt severe blows to the city's retail, tourism and nightlife sectors.

China's President Xi Jinping said in a New Year's speech that Beijing will "resolutely safeguard the prosperity and stability" of Hong Kong under the so-called "one country, two systems" framework. Beijing denies interference and blames the West for fomenting the unrest. In July, China issued a stark reminder that the People's Liberation Army (PLA) could be deployed in Hong Kong if city authorities requested support in maintaining "public order" after weeks of sometimes violent protests.

More than 2,000 protesters have been injured since June, according to the Hospital Authority. While there is no official count of deaths during the protests, student Chow Tsz-lok died after a high fall during a rally in November. Multiple suicides have been linked to the movement. Police arrested about a dozen protesters over the weekend and used pepper spray to break up a gathering aimed at disrupting retail business near the border with mainland China. More than 6,000 protesters have been arrested since the protests began.