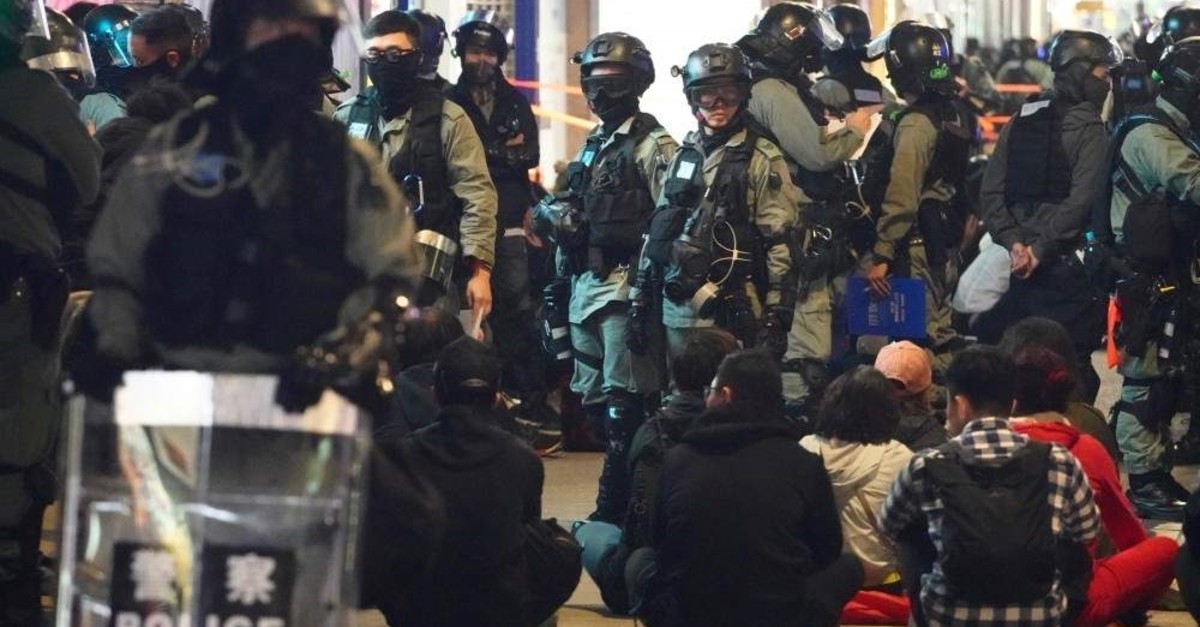 Hong Kong police arrested about 400 people in New Year's Day protests after what started as a peaceful march of tens of thousands spiraled into chaotic scenes with police firing tear gas to disperse the crowds. The arrests take the total to about 7,000 since protests in the city escalated in June over a now-withdrawn bill that would have allowed extradition to mainland China, and will highlight the apparent absence of any progress toward ending the unrest.

The tension on Wednesday rose after some arrests were made in the Wan Chai bar district near a branch of global banking group HSBC, which has been the target of protester anger in recent weeks. Police told media on Thursday they had arrested 420 people over the New Year holiday, most on New Year's Day, with 287 of them in one sweep for illegal assembly, including a 12-year old.

Hong Kong police used disproportionate force at the New Year's Day mass rally that brought 1.3 million people to the streets, the director of Amnesty International for the region said on Thursday. "From the start of the march, there was heavy riot police presence monitoring and disciplining protesters provocatively," said Man-kei Tam, who was present when police brought the march to an end. When a group of people vandalized a bank branch, "it could have been resolved easily," Tam said. "But instead they fired tear gas into crowds of peaceful protesters, bringing the legal march to an abrupt end."