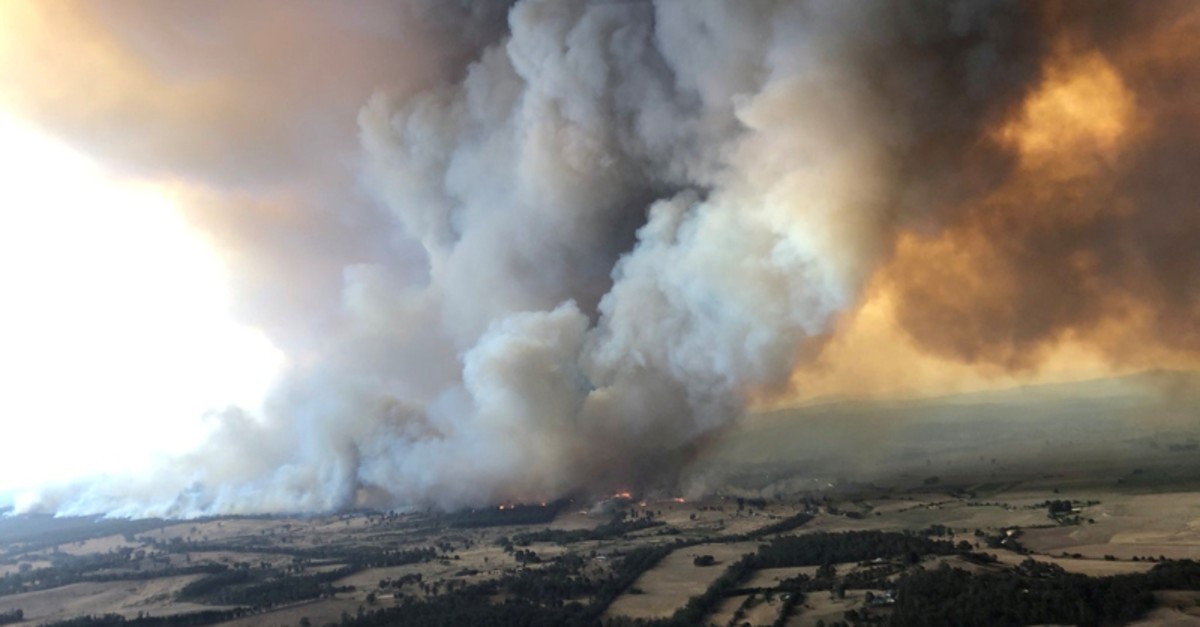 A state of emergency has been declared for the Australian state of Victoria Thursday because of deadly bushfires burning across the country's south.

"Premier Daniel Andrews has declared a State of Disaster for six Local Government Areas and the Alpine Resorts, after considering advice from the Minister for Police and Emergency Services and the Emergency Management Commissioner," the Victorian government said in a statement.

The move comes after the examination of the fire condition in the region which is expected to deteriorate.

The government said fires continue to burn across the state which is a "significant challenge" that involves all levels of government.

Hospitals are crowded with patients suffering heart and lung damage in the south as "terrible" air quality is taking a toll on public health, especially in Sydney and Canberra, according to reports.

Fuelled by soaring temperatures and high winds, more than 200 fires are burning across the southeastern states of New South Wales (NSW) and Victoria, threatening several towns.

"It is hell on earth. It is the worst anybody's ever seen," Michelle Roberts said by telephone from the Croajingolong Cafe she owns in Mallacoota, a southeastern coastal town where 4,000 residents and visitors have been stranded on the beach since Monday night.

Roberts hoped to get her 18-year-old daughter onto a naval ship, which arrived off the town Thursday, in order to escape the fires and thick smoke engulfing the town.

The HMAS Choules is expected to make two or three voyages over the coming days, state authorities said.

Elsewhere, long lines formed outside supermarkets and petrol stations as residents and tourists sought supplies to either bunker down or escape the fires, emptying shelves of staples like bread and milk.

More than 50,000 people were without power and some towns had no access to drinking water.

"Everyone's just on edge," said Shane Flanagan, a resident of Batemans Bay on the NSW coast.

Authorities urged a mass exodus from several towns on the southeast coast, an area popular with tourists during the summer holiday season, warning that the extreme heat forecast for the weekend will further stoke the fires.

"The priority today is fighting fires and evacuating, getting people to safety," Prime Minister Scott Morrison told reporters in Sydney. "There are parts of both Victoria and New South Wales which have been completely devastated, with a loss of power and communications."

Eight people have been killed by wildfires in NSW and Victoria since Monday and 18 are missing, officials said Thursday.

Bushfires in Australia, which started last August and continue to rage in the summer months in the southern hemisphere, have exacerbated the situation.

Although bushfires are common in Australia, this year they started in the south, instead of the north, and have so far gutted 10 million acres.

It is the first time the Victorian government issued a "state of emergency" since they were included in the Emergency Management Act 1986 following bushfires in 2009.