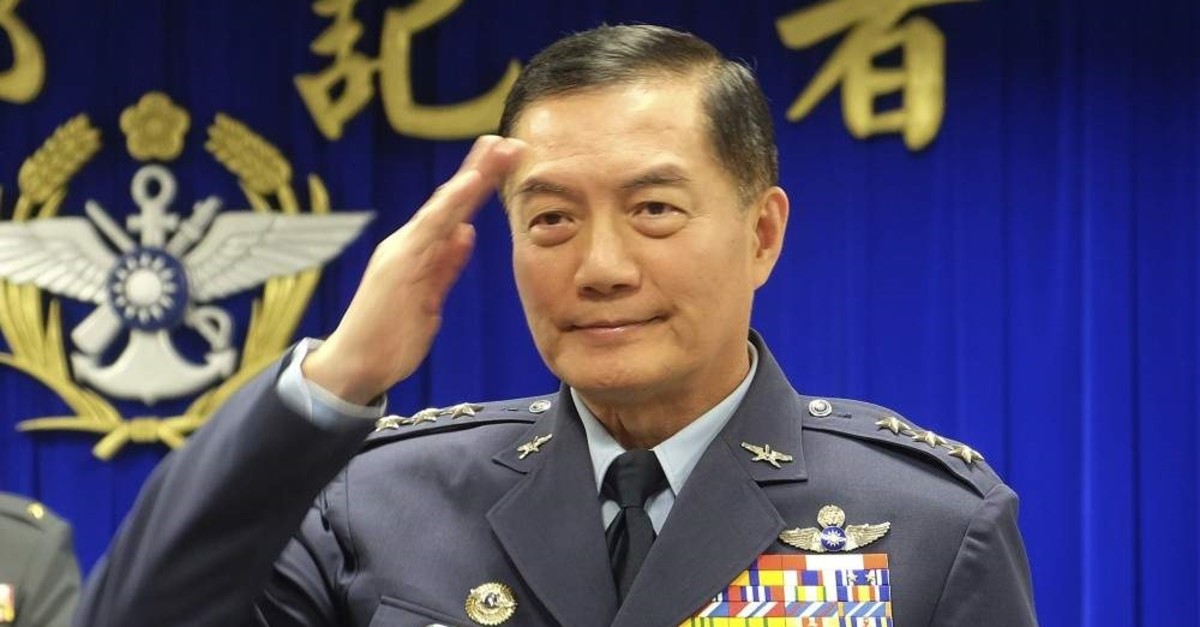 In this March 7, 2019, file photo, Taiwanese top military official Shen Yi-ming salutes as he is introduced to journalists during a press conference in Taipei, Taiwan. (AP Photo)
by Compiled from Wire Services Jan 02, 2020 9:38 am

Taiwan's top military official was found dead following a Blackhawk helicopter crash Thursday morning in mountains outside the capital.
According to the Defense Ministry, air force Gen. Shen Yi-ming was among eight victims of the crash.
"Five have survived while the other eight of our colleagues on board were killed. We are deeply saddened ... and give our condolences to their families," Air Force Commander Hsiung Hou-chi told reporters.

President Tsai Ing-wen's office announced that she will cancel all campaign activities for three days after the tragedy.

"As commander-in-chief President Tsai and the cabinet team will focus on the rescue operations as well as clarifying the cause of the incident," it said in a statement.

The helicopter was flying from Taipei to the northeastern city of Ilan for a new year's activity.

As chief of the general staff, Shen is responsible for overseeing the island's defense against China, which threatens to use military force to annex what it considers it own territory.