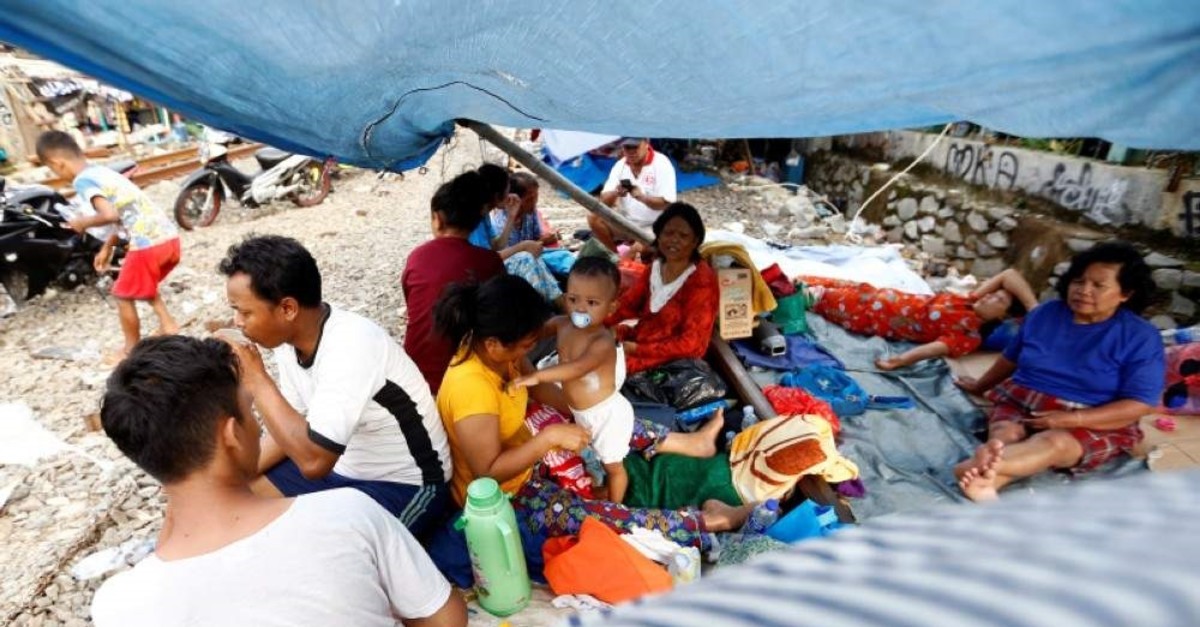 Indonesian rescue teams flew helicopters stuffed with food to remote flood-hit communities on Saturday as the death toll from the disaster jumped to 53 and fears grew about the possibility of more torrential rain.

Tens of thousands in Jakarta were still unable to return to their waterlogged homes after some of the deadliest flooding in years hit the enormous capital region, home to about 30 million.

In neighbouring Lebak, where half a dozen people died, police and military personnel dropped boxes of instant noodles and other supplies into remote communities inaccessible by road after bridges were destroyed.

"It's tough to get supplies in there... and there are about a dozen places hit by landslides," Banten police chief Tomsi Tohir told AFP.

"That is why we're using helicopters although there aren't any landing spots."

Local health centre chief Suripto, who goes by one name, said injured residents were flowing into his clinic.

"Some of them were wounded after they were swept away by floods and hit with wood and rocks," he said.

Around Jakarta, more than 170,000 people took refuge in shelters across the massive urban conglomeration after whole neighbourhoods were submerged.

Torrential rains that started on New Year's Eve unleashed flash floods and landslides in the region and Lebak at the south end of Java island.

On Saturday, Indonesia's disaster agency said the death toll had climbed to 53 with one person still missing.

Jakarta shelters filled up with refugees, including infants, resting on thin mats as food and drinking water ran low.

Some had been reduced to using floodwater for cleaning.

"We're cleaning ourselves in a nearby church but the timing has been limited since it uses an electric generator for power," said Trima Kanti, 39, from one refuge in Jakarta's western edges.

In hard-hit Bekasi, on the eastern outskirts of Jakarta, swampy streets were littered with debris and crushed cars lying on top of each other -- with waterline marks reaching as high as the second floors of buildings.

On Friday, the government said would start cloud seeding to the west of the capital -- inducing rain using chemicals sprayed from planes -- to prevent approaching rainfall from pounding the region.

Waters had receded in many areas and power was being restored in hundreds of districts.

The health ministry has said it had deployed some 11,000 health workers and soldiers to distribute medicine, disinfectant hygiene kits and food in a bid to stave off outbreaks of Hepatitis A, mosquito-borne Dengue fever and other illnesses, including infections linked to contact with dead animals.

Around Jakarta, a family -- including a four- and nine-year-old -- died of suspected gas poisoning from a portable power generator, while an eight-year-old boy was killed in a landslide.

Others died from drowning or hypothermia, while one 16-year-old boy was electrocuted by a power line.

Jakarta is regularly hit by floods during the rainy season, which started in late November. But this week marked Jakarta's deadliest flooding since 2013 when dozens were killed after the city was inundated by monsoon rains.

Urban planning experts said the disaster was partly due to record rainfall.

But Jakarta's myriad infrastructure problems, including poor drainage and rampant overdevelopment, worsened the situation, they said.

Indonesian President Joko Widodo has announced a plan to move the country's capital to Borneo island to take pressure off Jakarta, which suffers from some of the world's worst traffic jams and is fast sinking due to excessive groundwater extraction.